A woman cooking using firewood in the kitchen

Households, previously perceived to be a safe haven from outdoor air pollution are on par with major polluted cities.

The ‘esosphere’ in homes are polluted with simple house chores such as perfume, cleaning solutions and shampoos, that are producing high levels of volatile and particulate chemicals.

According to a study from the University of Colorado, airborne chemicals that are produced inside homes escapes the indoor environment to the outside where they contribute ozone formation.

This results to a bigger source of air pollution compared to vehicles and trucks.

In January, The World Health Organization (WHO) laid out air pollution as one of the ten threats to global health in 2019.

It further stated that about seven million people in the world die annualy due to air pollution related diseases.

Read: Clues on how to spot a network marketer

In Kenya, air pollution causes approximately 20,000 deaths and the numbers are expected to go higher.

In most homes in the country, families use firewood, charcoal and paraffin to cook and for lightening purposes.

The Ministry of Energy in 2002 estimated that about 90 percent of homesteads in rural areas used firewood for cooking and heating, while 80 percent of urban homes used charcoal.

Paraffin is popular among the low income houses in urban areas, where it is used in lightening and cooking in stove devices.

See also: Sleeping on job could boost your productivity

According to Dr Alexander Korir, Uasin Gishu County Health Administrator, when these agents are burned, they produce harmful or toxic fumes that are hazardous to the human health when inhaled.

“The indoor population is one of the major cause of upper respiratory track infections, and longer exposure in such environment might lead to acute or chronic infections, “ said Dr Korir.

For instance, burning of paraffin in stoves and ‘koroboi lamp’ releases carcinogens which are widely known to cause cancerous growth  in the body.

The use of insecticides, air freshener and perfume sprays are also linked to health related cases and air pollution.

The Volatile organic compounds produced from these product contribute to the outside air pollution as they are highly persistent and degrade very slowly.

People who use gas to cook are also in the danger of indoor air pollution as the burners produce fumes and carbon monoxide that affect the air quality thus increasing health risks.

Therefore it is of importance that households are well ventilated while performing chores such as cooking and cleaning.

This is because the products used in such tasks can contribute to more levels of air pollutants and suspended particulates that lead to negative health impact. 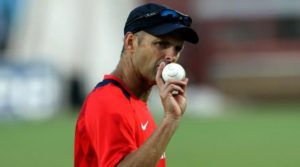