[dropcap]K[/dropcap]enya built a reputation as a pioneer of financial inclusion through its early adoption of a mobile money system that enables people to transfer cash and make payments on cellphones without a bank account.

Now, a proliferation of lenders are using the same technology to extend credit to the banked and unbanked alike, saddling borrowers with high interest rates and leaving regulators scrambling to keep up.

This week, the finance ministry published a draft bill on financial regulation which covers digital lenders for the first time. A key aim is to ensure that providers treat retail customers fairly, it said.

“We have a lot of predatory lending out here, which we want to regulate,” Geoffrey Mwau, director general of budget, fiscal and economic affairs at the treasury, told reporters on Thursday.

As it was for mobile cash, Kenya is something of a test case for the new lending platforms. Several of the companies involved, including U.S. fintech startups, have plans to expand in other frontier markets, meaning Kenya’s regulation will be closely watched.

From having had little or no access to credit, many Kenyans now find they can get loans in minutes.

George Ombelli, a salesman for a company importing bicycles who also owns a hair salon and cosmetics shop with his wife, has borrowed simultaneously from four providers over the past year.

He took small loans from two Silicon Valley-backed U.S. fintech firms, Branch and Tala, to see what rates he would get, as well as from a new mobile app launched by Barclays Kenya in March and a business loan from Kenya’s Equity Bank. 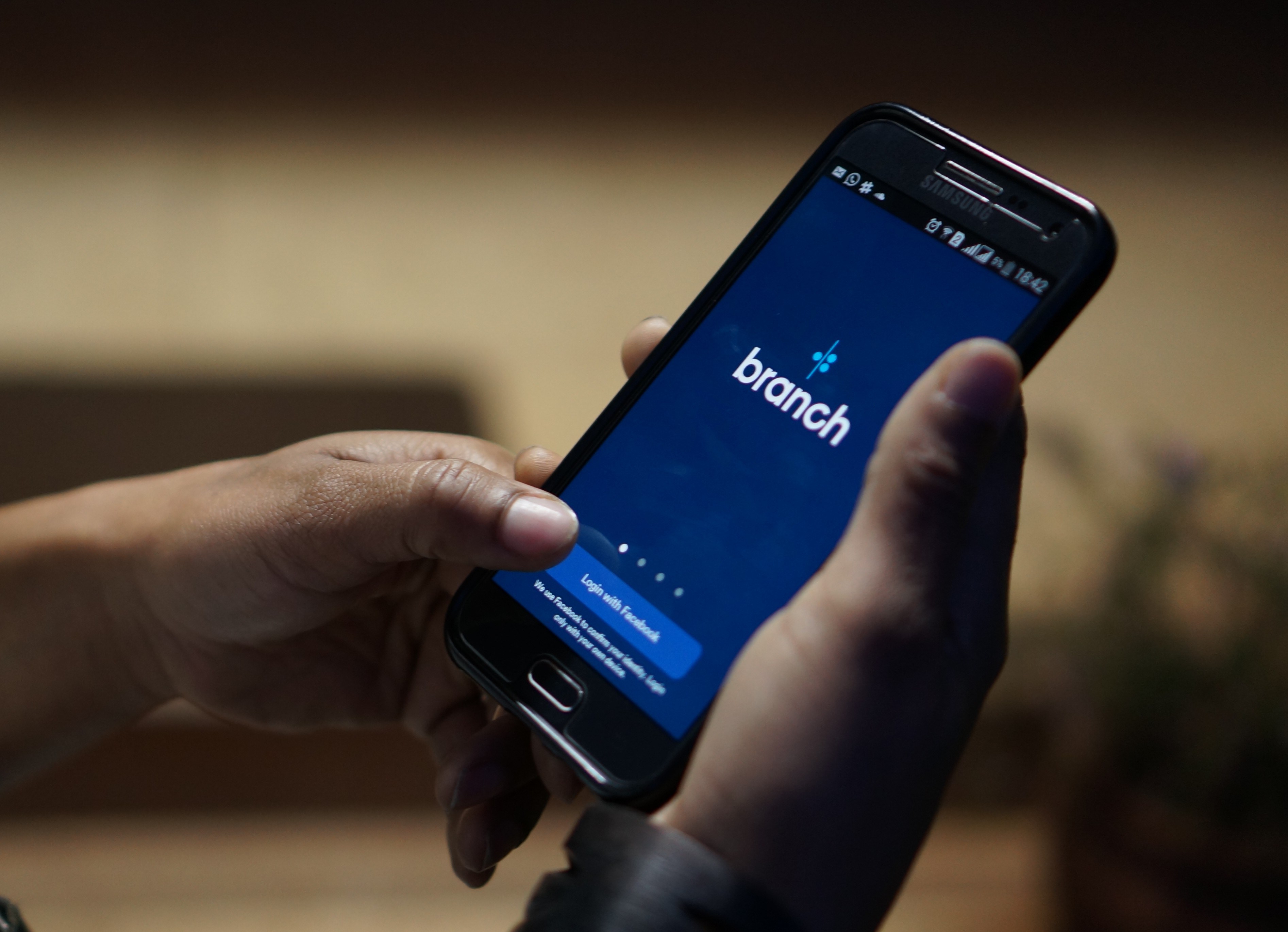 Citing a slowdown in his business due to elections-related political turmoil last year, Ombelli said he has fallen behind on some of his payments. He fears he will be reported to one of Kenya’s three credit bureaux, jeopardising his chances of being able to borrow more to grow his business.

“I’ve realised having too many loans is a problem,” the 38-year-old father of three said in an interview in a coffee shop in Nairobi’s business district.

He is not alone. In the last three years, 2.7 million people out of a population of around 45 million have been negatively listed on Kenya’s Credit Reference Bureaux, according to a study by Microsave, a consultancy which advises lenders on sustainable financial services.

Some of the fintech lenders are expanding into other African countries and into Latin America and Asia, saying their aim is to help some of the billions of people who lack bank accounts, assets or formal employment climb the economic ladder.

Tala says it has granted more than 6 million loans worth more than Ksh 30 billion ($300 million), mainly in Kenya, since it launched in Kenya in 2014. It is expanding its newer businesses in Mexico, Tanzania and the Philippines and is piloting in India.

Tala and Branch argue that their technology, which relies on an algorithm that builds a financial profile of customers, minimises the risk of default. They say they strive to play a helpful role in planning for tighter regulation.

“We believe that credit bubbles and over-indebtedness will be a challenge over the next decade. (Credit Reference) Bureaus and regulation will be a big part of the solution,” said Erin Renzas, a Branch spokeswoman.

Branch says it expects to grant about 10 million loans worth a total of $250 million this year in Kenya and its other markets, Nigeria and Tanzania.

The current status of the sector, outside the direct remit of the central bank, allows providers, both banks and others, to skirt a government cap on interest of four points above the central bank’s benchmark interest rate, which now stands at 9.5 percent.

Market leader M-Shwari, Kenya’s first savings and loans product introduced by Safaricom and Commercial Bank of Africa in 2012, charges a “facilitation fee” of 7.5% on credit regardless of its duration.

On a loan with a month’s term, this equates to an annualised interest rate of 90%. The shortest loan repayment period is one week. A Safaricom spokesman referred Reuters to the CBA for comment. Calls to their switchboard and an email were not answered on Thursday.

Tala app, an online financial micro lending platform is seen on a mobile phone in this photo illustration taken May 23, 2018.

Tala and Branch, number four and six in a ranking based on usage data by FSD Kenya, offer varying rates depending on the repayment period.

Their apps, downloaded by Reuters, each offered a month’s loan at 15 percent, equating to 180 percent over a year. Both companies say rates drop dramatically as people pay back successive loans.

Competition is heating up.

Barclays Kenya launched an app in March offering 30-day loans with an interest rate of just under 7%, still a hefty 84% annual equivalent rate. Reuters was unable to reach their spokespeople by telephone.

Introduced in 2016 to stop banks charging high interest rates, the cap has stifled traditional bank lending and the International Monetary Fund has conditioned Kenya’s continued access to balance of payments support on its removal.

But members of Parliament say the public has had enough of high interest rates and the draft does not say the cap will be lifted. The National Treasury will come up with a final version of the Bill in the next few weeks before sending it to Parliament.

Without effective regulation, fintech lending could undermine the gains of mobile payments, which a 2016 study published in the journal Science showed had lifted 200,000 Kenyans out of poverty.

Capital Markets Authority CEO Peter Muthaura said “lessons are being learned from South Africa”, where unbridled bank lending fuelled growth but led to the collapse of African Bank in 2014 and high levels of household debt.

Central bank governor Patrick Njoroge said at a conference in Nairobi last month that regulation was needed but the lenders should have primary responsibility.

“Even as laws come, the laws will always be one step behind,” he said.