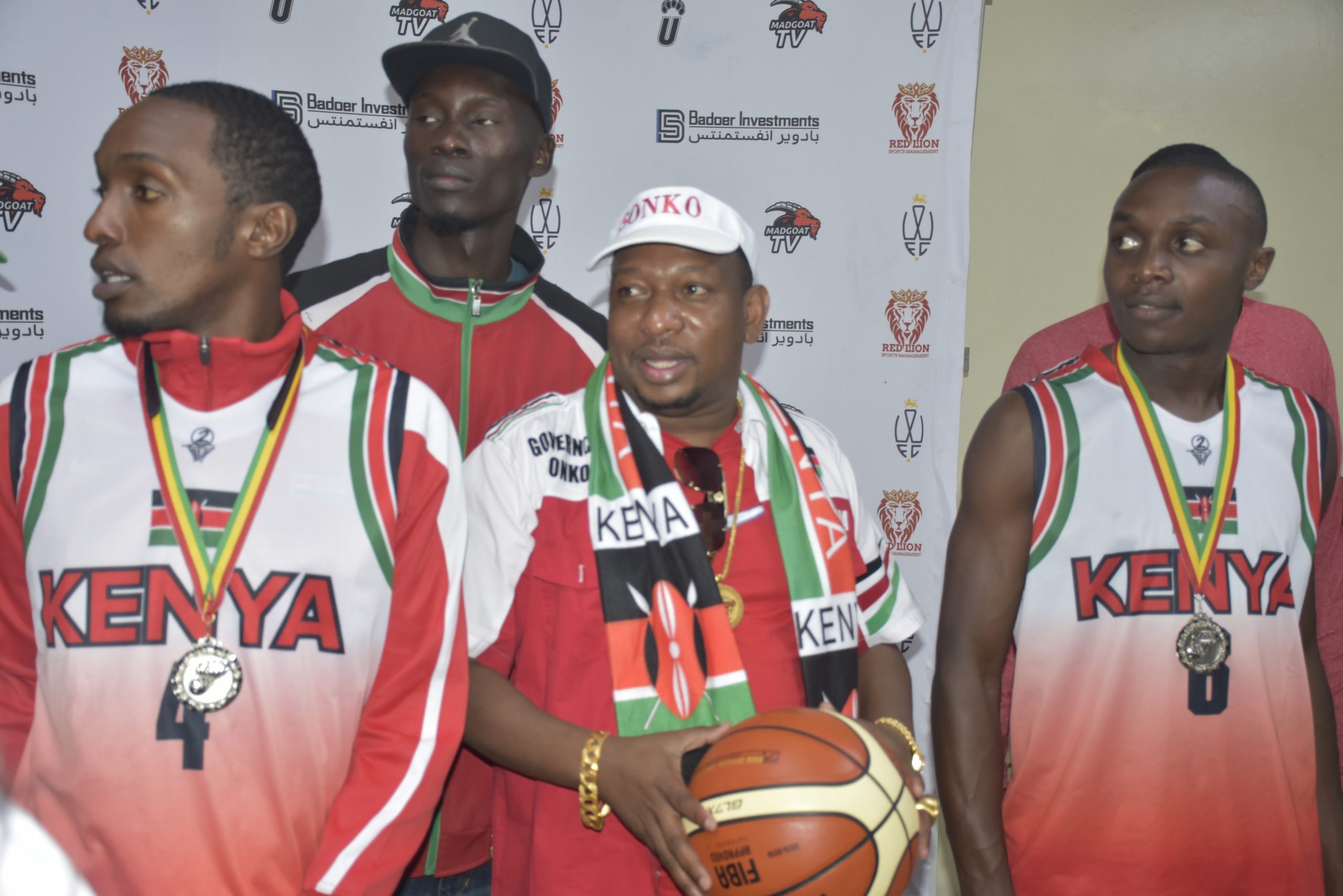 The Kenyan National Basketball Men’s team came home to a warm welcome after they finished as the runners up in the recently concluded AFROCAN tournament. Nairobi Governor Mike Sonko gave them Sh 1 million.

The team made history in the tournament as it was the first time they were participating in it and yet they surprisingly made it to the finals. Despite losing the finals to the Democratic Republic of Congo, the Morans concluded their Africa Cup of Nations campaign in style bagging two individual awards during the closing ceremony held in Bamako, Mali.

Free-scoring Tyler Okari emerged tournament top scorer with 130 points to his credit including his 21 points in the 61-82 loss to DRC Congo in the final on Saturday. Also getting an award was centre player Tom (Bush) Wamukota who was named best blocker and thus together with Okari earned their places in Africa’s All Star team which also had the DR Congo duo of Maxi Shamba and Jordon Sacko as well as Edson Ndoniema of Angola.

The Morans arrived in the country on Monday morning and were welcomed with the Kenya Basketball Federation (KBF) chairman Paul Otula and Nairobi Governor Mike Mbuvi Sonko. The team paraded around the city showcasing their medals before heading to city hall where Nairobi Governor Mike Sonko shared breakfast with them.

Sonko took the opportunity to inform the Basketball fraternity of his plans to incorporate Basketball courts and gymnasiums in the stadia that he is building in various areas in the country. The stadia are being built in Kibera, Dandora, Ziwani and Westlands. The governor said that it is his plan to support local sports.

The Kenyan team which was comprised of largely unknown players, has also produced new stars in Bush Wamukota and Ronnie Gundo who are both students at American universities. No one knew about this players but the whole of Africa knows them now. Most players in the team will be probably picked up by professional clubs outside the country.

[See also: Malkia Strikers did everything right but win the title]

Regardless of the break in play some months ago, KPL teams have been searching for sponsors to get ready for the new season.