Mayweather with Harris when they were still dating. Photo/Uri Schanker

Harris, 40-year-old and mother to three of Mayweather’s children was found unresponsive inside a car parked outside her home in Valencia. The police later pronounced her to be dead.

The cause of her death has not yet been established. The detectives suspect no foul play and are treating it as a death investigation; a normal procedure for high profile criminal case.

Harries had dated Mayweather for 15 years (1995 to 2010), ending their relationship after several allegations of domestic abuse by Floyd Mayweather. Mayweather, 43, has an unbeaten record in 50 professional fights. He was at a time listed by Forbes as the highest-paid athlete in the world.

In 2005, Harris accused Mayweather of assaulting her during an argument outside a night club in Vegas. Mayweather, however, was acquitted by a Nevada jury after Harries, at trial, recanted her statements testifying that she had lied because she was angry Mayweather left her for another lady.

In 2012 Mayweather was jailed for three months on a domestic assault charge after he threatening and attacked Harries as the sons watched. Mayweather’s son, Koraun, who was 10 at the time, witnessed the attack and told police he saw his father “hitting” Harris during the incident. Harries alleged Mayweather assaulted her at least six times, however, the three months sentence revolved around the 2010 case.

During an interview in 2014, Harris expressed her fears of Mayweather and preferred that he would not pick the children personally from the house.

“For some reason, I still get anxiety when I know that he is on his way. I have no idea why, but I get really overwhelmed,” she said.

In 2015 while commenting about the 2012 conviction in an interview with Yahoo Global News, Mayweather claimed that he was charged simply because of his elevated public image.

“I am black. I am rich. And I am outspoken,” Mayweather said.

During the interview in his defense against assaulting Harries, he alleged that Harries was on drugs and he was only restraining her.

“Did I kick, stomp and beat someone? No, that didn’t happen,” Floyd told Couric. “Did I restrain a woman that was on drugs? Yes, I did. So if they say that’s domestic violence, then, you know what? I’m guilty. I’m guilty of restraining someone.”

Harris consequently filed a $20 million defamation lawsuit against Mayweather. By the time of her death, a legal battle was still ongoing.

Harris was an aspiring actress and was also in the process of writing a book to help survivors of domestic violence. 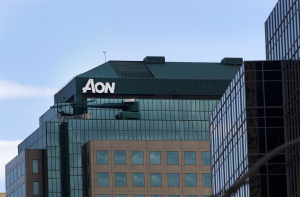