Saturday was a rare day for the East African football world as two of the biggest derbies in the region were played simultaneously.

The Kenyan Mashemeji derby pitting AFC Leopards vs Gor Mahia was played on the same day as the Dar es Salaam derby of Simba SC vs Yanga SC. Later in the day, football fans also enjoyed the Manchester derby where Manchester City locked horns with Manchester United. It was a derby day.

AFC Leopards and Gor Mahia are the hugely supported teams in Kenya while Yanga and Simba take the same spot in Tanzania. Whenever these teams lock horns, huge crowds are anticipated hence more money from gate tickets.

There were a lot of similarities between the Dar derby and the Mashemeji derby. Both matches ended with a 1-0 scoreline with Gor winning against Ingwe and Yanga pulling a surprise win on Simba SC.

Presidents of both countries attended the matches with Uhuru being joined by Rt Hon Raila Odinga while Magufuli was joined by the Confederation of African Football (CAF) president Ahmad Ahmad.

Perhaps the presence of Ahmad Ahmad at the Benjamin Mkapa stadium National stadium caused the huge difference in finances collected from gate collections. Although, the gate charges at the Mkapa stadium were slightly higher than what fans paid at the Moi International Sports Centre- Kasarani.

Apparently, the Dar derby collected way more money than the Mashemeji derby did. The Kenyan derby is being considered by many to be losing its thrill and this is evidence. For a very long time, Gor Mahia has been dominating the derby making it lose its unpredictability factor.

At the Mashemeji derby, fans were paying Ksh 200 and Ksh 500 for terrace tickets while at the Dar derby fans paid Ksh 450 and Ksh 310 for the same tickets. VIP tickets were not available in the Kenyan derby as the state took over it but in Tanzania, fans paid Ksh 1,350 for VIP A and Ksh 900 for VIP B and C.

The huge difference between these two derbies was the attendance which highly contributed to the difference in revenue made. Kenyans failed to fill Kasarani managing an estimated attendance of 10,000 while 59,325 fans attended the Dar derby.

With such a huge difference in attendance, the Mashemeji derby only managed to raise Ksh 3.1 million from fate collections while the Dar es Salaam derby raised a whooping Ksh 24.3 million.

“We only sold terraces tickets which were going for Sh500 and Sh200. The VIP tickets were going for Sh1,000, but we didn’t sell any because the State took over the entire VIP area,” AFC Leopards chairman Dan Shikanda explained the low collections.

The Tanzanian derby has grown over the years and is now considered by many to be the biggest derby in Africa. Mashemeji derby’s history is stronger but its thrill is slowly fading. 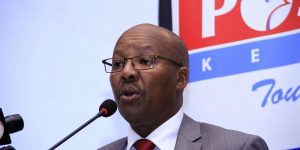