The government is out n a mission to reduce the amount of gambling in the country. All betting firms had their licenses withdrawn.

Different measures have been taken in the past to try and curb the gambling craze that has been ailing the country for up to five years now.

The Kenyan youth has been affected the most as young people hope to get rich through betting and gambling. Gambling gives them hope that they will one day become rich and get past all their financial woes. With unemployment increasing in the country, this has been the hope many Kenyans have been clinging on.

The most recent approach of reducing the level of gambling in the country seems to affect not just the gamblers but also the betting firms and Kenyan telcos. In fact, these telecommunications will suffer a great deal if the betting firms are closed. These firms had their licenses withdrawn on July 1st.

First, the government ordered the companies to abide to the industry’s regulations failure to which their licenses will be withdrawn. No company obeyed so on July 1st the licenses were withdrawn which initiated the conflict between the government and the firms.

However, as the government is plotting on how to shut down some betting firms, the end result might affect more than just the firms. Telecommunications that work hand in hand with these firms will also be affected as they gain huge profits from the venture.

Earlier this week, the government ordered the telcos to withdraw pay bill numbers belonging to all the betting firms. No telco seemed to obey this order at first but they later came to pull them down.

Safaricom, for instance, declined to obey the order on the grounds that there are pending court cases regarding the same. However, they came to obey the orders and gamblers could not deposit their money through Mpesa. 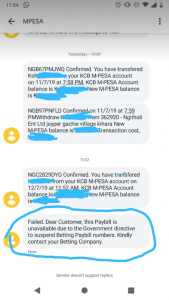 Telcos are however not the only ones who will be affected by the government’s plot to shut down betting firms. Millions of gamblers whose only hope of making it in life lies on gambling. The stories of people who have won jackpots in the past inspires this gamblers to keep betting knowing that one day they will get the returns they are hoping for.

The government will however gain from this as taking away the platform youths use to get a cent or two for their daily needs will increase production in the country. Betting addicts will be forced to look for other alternatives to make money which will mostly involve production and hence play a part in improving the country’s economy.

[See also: Gambling increasing in Kenya despite measures to curb it] 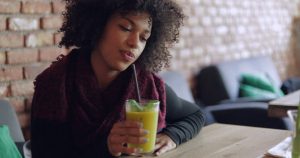