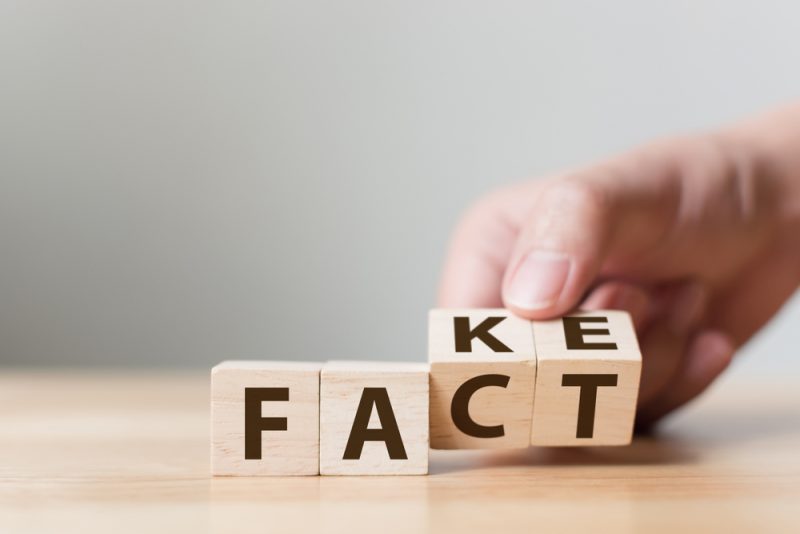 President Uhuru Kenyatta would never be expected to blatantly lie in his address to the nation. But what if he did? How would the media report about it?

Enter fact-checking. The polar opposite to the rise and rise (and rise) of fake news.

AFP, for instance, recently advertised for the position of a fact-checking journalist in East Africa. This is the French news agency’s first such post in the region which it says was “part of a growing network of AFP journalists around the world fighting fake news.”

This could show that with the rise of fake news, the truth is still fighting back.

“The successful applicant will have an excellent knowledge of Kenyan and regional current affairs and how disinformation/misinformation is spread,” stated AFP in their fact-checker journalist search.

AFP’s move could be the push that plunges media houses to begin embracing the benefits of fact-checking.

Fake news can exist in the form of claims made by politicians. Thus, the media falls into the trap of reporting falsified facts when covering events and regurgitating the “facts” claimed by the politicians in their news bulletins. Sometimes, unknowingly.

It is why AFP’s endeavour seems worthwhile, so that claims are researched and falsehoods set apart. But AFP’s would not be the first fact-checking project in the region.

There is Africa Check, a non-partisan organisation that exists to promote accuracy and honesty in public debate and the media in Africa.

PesaCheck is another fact-checking website that has so far looked into claims such as claims by politicians over public health expenditure in Uganda and child abuse in Tanzania.

The fact-checking enterprise says on its website that it is a joint initiative of Code for Africa, (through its local Code for Kenya chapter), and the International Budget Partnership (Kenya), in partnership with a coalition of local media organisations, with additional support from the International Center for Journalists (ICFJ).

PesaCheck managing editor Eric Mugendi told Business Today, “Fact-checking is necessary because of the proliferation of fake news and especially because the manner in which we now receive news and information has changed because of social media.”

This year, PesaCheck looked into the speech made by President Kenyatta during the Madaraka Day celebrations and came up with mixed results over the veracity of the president’s speech. Five claims made by Mr. Kenyatta in his speech were analysed and given a score ranging from false, plausible, mostly true and true.

Mr. Mugendi explains the fact-checking process. “We first try to identify how much damage a claim could make because it may end up causing panic or leading to misinformation. Once the potential impact has been established, we look at who is behind the claim and what context they are coming from. We then identify relevant sources of data and look at what credible sources of information such as authorities in the respective field have to say.”

The PesaCheck managing editor adds that after this is done, the fact-checkers then look at what the data shows and compare it with the claim before then publishing an article on their website and on other social media platforms.

This process sounds long and ardious, a job for the type of reporters immortalised in the movie All the President’s Men who are happy to knock on doors that will probably never be open, make phone calls that will receive no response and pour themselves into countless hours of jargon heavy reports filled with statistical data.

To make matters worse, Mr. Mugendi says that in Kenya, there are times when information has not been documented so this makes life tough for the few fact-checking journalists out there who have to deal with information that simply cannot be found or that does not exist.

In media newsrooms across the world, fact-checking is not a new phenomenon. The Washington Post for example has a desk which has been monitoring utterances of US President Donald Trump.

On August 22, The Post’s fact-checking desk led with a headline titled “Not just misleading. Not merely false. A lie.” after revelations showed President Trump knew about ‘hush money payments’ made to women who alleged the business mogul had slept with them (a fact Mr. Trump had previously denied).

It in turn seems to be a direct consequence of the popularisation of the phrase “fake news media” by the US President. The term has even been trained by Mr. Trump at media entites as reputable and impactful as the New York Times and The Washington Post. The two newspapers — among many more respected media houses in the US — are therefore locked in a fake news showdown with the country’s head of state.

But in an information age fueled by the elasticity of the internet, it is becoming increasingly difficult to tell apart the genuine from the counterfeit.

And, it seems, whereas it has not affected Kenya as much as it has other corners of the planet, the warning signs have been there that winter has come.

Such is the growing prevalence of fake news that the country’s media watchdog sounded out journalists earlier in the year. The Media Council of Kenya (MCK) decried journalists who due to lazy professionalism end up propagating fake news.  “If a journalist retweeted fake news without verification, then he/ she is a great disservice to the profession,” said MCK Chief Executive Officer David Omwoyo.

The fight against fake news has even seen MCK introduce a fake news column in their Media Observer bulletin, where the watchdog details falsified stories circulating within the media.

Not just the media

But fake news is not only affecting the media. Quartz reported in January that Safaricom, in its annual stability report of 2017 listed tackling fake news as the company’s biggest challenge. This was due to the rise of fake promotional offers in the name of the giant telecommunications company.

In some way or another, the fake news trap captures all within the economy. Globally, the battle against fake news has been a factor in the dip in stocks of social media platforms Facebook and Twitter. The two lost a combined Ksh20 trillion in the space of days in late July leading some market analysts to ponder whether we could be in the midst of the fall of the tech giants. Rather ironically, the social media platforms have been instrumental in propagating fake news.

It would thus be of benefit to the media and to other companies to embrace fact-checking. It could probably be the last bastion of hope for informed decision making which is a critical foundation of any democracy.

Lee Strobel, the former journalist turned Christian evangelist always says that at the Chicago Tribune where he worked as the legal editor, a sign in the newsroom read, “If your mother says she loves you, check it out.” It seems fact-checking is the the way to go if the fight against fake news stands any chance of triumph.