Moi Kabarak High School students sing in celebration after it produced the top KCSE candidate on February 28, 2011. Kenyan workers receive more education than they did in 1990. The Education ministry has proposed ways to control re-entry and discourage pregnancy in schools. [Photo/Business Today/File]

The ministry of Education is set to streamline readmission of learners back into Basic education institutions after spell of dropping out of the institutions for varied reasons.

This is contained in a Draft National Guidelines for School Reentry in Basic Education, which was presented to stakeholders during the finalisation of the guidelines at a workshop at the Kenya Institute of Curriculum Development (KICD).

The guidelines provide a framework to facilitate re-entry into educational institution for any learner who dropped out of school for whatever reason, and who is eligible to be in school, including children living in the streets.

Acting Director for Policy, Partnership and East African Community Affairs Dr Sylvester Mulambe said early pregnancy, child marriages, female genital mutilation, drugs and substance abuse, and bullying are some of the factors that influenced learners to drop out of schools.

Dr Mulambe said that the guidelines will go beyond girl child re-entry.

“The aim is to put in place measures to control re-entry and discourage pregnancy in schools, while providing an opportunity for all learners to progress and access quality Education irrespective of their circumstances,” he said.

According to the Kenya National Bureau of Statistics, (KNBS), Dr Mulambe observed, Narok County had the highest burden of child pregnancy at 40% followed by Homa Bay at 33%, West Pokot 29%.

Meanwhile, parents in Busia County have been urged to be vigilant and always keep track of the whereabouts of their children during the school holiday.

Speaking during the Area Advisory Committee meeting at the County Commissioner’s Boardroom on Tuesday,  the Busia  Sub County Children’s Officer, Luke  Papa said that strangers can take advantage of unsuspecting parents by abducting their children.

“Such strangers can lure children using goodies before trafficking them,” he said, adding that traffickers have become trickier with time.

Papa further noted that most parents do not take their roles seriously, leading to vices such as teenage pregnancy.

“Even though teenage pregnancy is a matter of national concern, we are collaborating with schools and organizing chiefs’ barazas to sensitise the local residents on how to tame the vice,” he said.

On his part, the Busia Deputy County Commissioner (DCC) Joseph Onyango noted with concern that most parents no longer take care of their children but have instead left this noble responsibility to the government.

“Most children are growing up by chance instead of being brought up by parents,” he stated, lamenting that parental roles have also been delegated to teachers.

Onyango also appealed to religious leaders not to keep children and youth till very late into the night for their spiritual functions.

“If you check keenly, night crusades and disco matanga have no big difference as children end up being misused during both occasions. 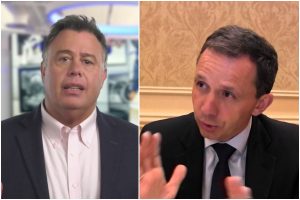