Tech multinational HP has appointed a new President and chief executive officer who will officially take over on November 1.

Current incumbent Dion Weisler is stepping down as CEO after four years of occupying the corner office.

In a press statement, HP said Weisler’s decision to step down is due to a family health matter. “He will be returning home to Australia,” the company, which is headquartered in California, USA, said.

The HP Board of Directors Chair Chip Bergh said, “On behalf of the board, we respect Dion’s decision to support the needs of his family.”

The board of directors has gone on to “unanimously” appoint  Enrique Lores, HP’s President of Imaging, Printing and Solutions business to the helm of the company.

HP said that outgoing CEO Weisler will remain at the company until January 2020 working with Lores so as to ensure a seamless transition. “Following this, Weisler will continue to serve on HP’s board of directors until the next annual meeting of stockholders.”

Weisler, who joined HP in 2012, has served as President and CEO since 2015. His tenure has seen the tech multinational HP add approximately Ksh700 billion in annual revenue.

“Serving as CEO of HP is the highlight of my career, and I want to thank the entire HP team for the support they have shown me. I’m incredibly proud of what we have achieved and equally confident in where we are heading as a company,” said Weisler in the HP statement.

On his successor, Weisler said that Lores has been instrumental in setting the company up for success.”He is one of the smartest people I know, and I have great confidence in his ability to lead and inspire the next chapter of HP’s transformation and growth.”

The incoming HP CEO, Lores, began his HP career 30 years ago as an engineering intern and has risen to leadership positions across the company’s Print, Personal Systems and Services businesses. He has been President of HP’s Imaging, Printing and Solutions business since 2015.

HP’s statement quoted Lores as saying, “The opportunities ahead are vast and the need for us to keep reinventing is more important than ever.”

Lores is set to give a public update on his vision for the company during an investor update on October 3.

The HP CEO succession comes in the wake of the tech firm announcing fiscal results for the third quarter of 2019. 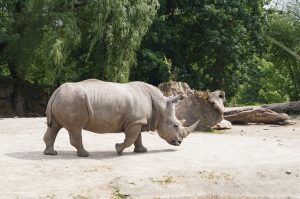