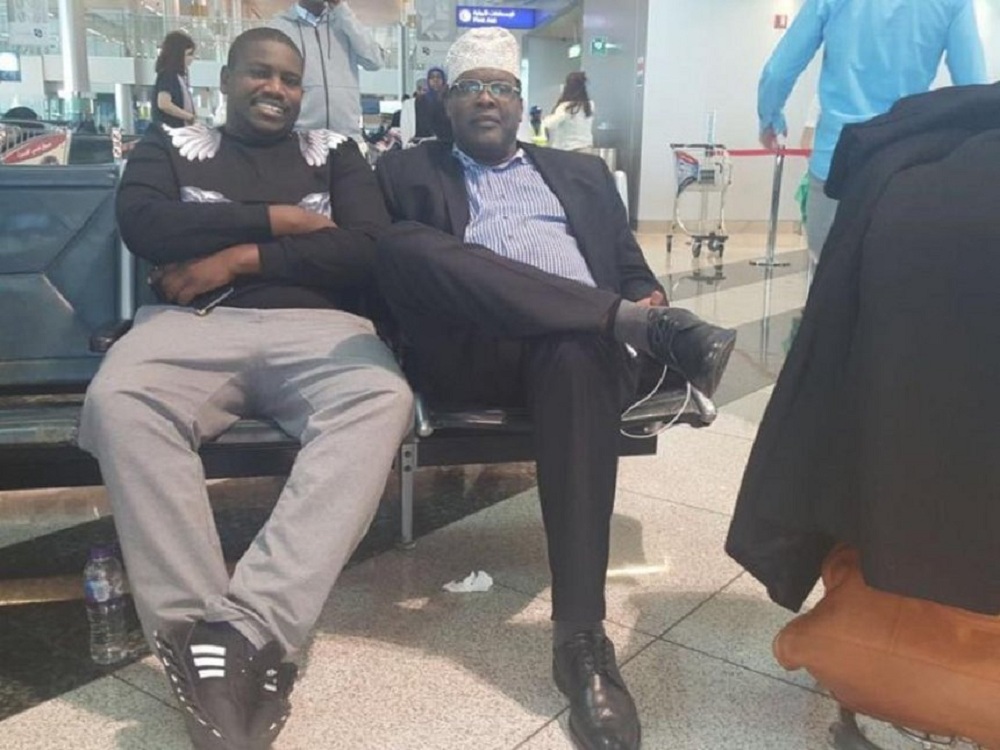 However, he was denied entry into the county after he declined to apply for a visa.

The controversial lawyer was received by his lawyers after his Emirates flight EK19 touched down at the airport at 2:30 pm.​.

However, according to lawyer Cliff Ombeta the political activist was asked to surrender his Canadian passport, to which they declined.

The NRM leader has returned after Justice Chacha Mwita ordered his return to Kenya and further suspended the State’s declaration that he was a prohibited immigrant on February 26, 2018.

Miguna was deported to Canada after he was involved in the swearing-in of National Super Alliance (NASA) leader Raila Odinga.

His return also comes after the Opposition leader and President Uhuru Kenyatta shook hands and reconciled.

However, Miguna maintains Kenyan authorities are yet to assure him of his security and safety while in the country.

Miguna was arrested by a contingent of crack police officers who forcefully broke into his Muthaiga home in the wee hours of the morning.

He was then held at various police stations before being arraigned in a Kajiado court where he was charged with aiding Raila commit treason by presiding over his mock swearing in ceremony at Uhuru Park on January 30.

Despite orders by High Court Judge Luka Kimaru to have him produced before court, the government remained adamant and instead whisked him to the airport before deporting him on account he never renewed his Kenyan citizenship upon the promulgation of the 2010 Constitution that allowed dual citizenship.

It is still not clear whether he would eventually be allowed to leave the airport. His return was one of the conditions Raila says he gave President Uhuru before agreeing to the unity pact.

However, Miguna continues to hold that Raila betrayed Kenyans and has vowed to launch a resistance against the Jubilee administration.

“I anticipate a warm reception at JKIA by over 500,000 NRM-Ke followers. I am coming to offer leadership to a movement of millions of Kenyans that were betrayed by Raila, ” he tweeted hours before his arrival in the country.

“Raila’s unilateral, irrational and erratic decision to betray the fight for electoral justice, the culture of impunity and the abuse of human right cannot be justified,” he added.