The much publicised war on corruption has not yielded any fruit as corruption increased in 2018 compared to 2017 according to the Transparency International (TI) Corruption Perceptions Index 2018.

President Uhuru Kenyatta has listed the war on corruption as part of his legacy which saw him purge his legal team and bring on board fresh faces to the Office of the Director of Public Prosecutions (ODPP) and The Directorate of Criminal Investigations (DCI) as soon as he was re-elected for a second term.

DPP Noordin Haji and DCI George Kinoti have worked like clockwork to rid the country off sleaze which has earned them numerous plaudits including honourable mentions by leading Kenyan media houses.

But all that has did little to stop prevalence of corruption in 2018 according to the watchdog. Kenya has been ranked as the 21st most corrupt country in Africa and the 144th most graft tainted country globally out of the 180 ranked nations.

In the rankings, Kenya garners a score of 27 with 100 representing the least corrupt and 0 being the most corrupt.

Kenya ranks at position 144 alongside Comoros, Guatemala, Mauritania and Nigeria.

Seychelles is Africa’s least corrupt country after being ranked at position 28 out of the 180 countries and garnering a score of 66.

Rwanda, Tanzania and Uganda rank at positions 48,99 and 149 respectively.

The report lists Somalia as the most corrupt country and Denmark as the least corrupt nation globally.

In 2018, the government also demolished a number of high profile buildings including the South End Mall on Lang’ata Road, The Airgate Mall on Outerring Road, The Grand Manor Hotel in Gigiri, Nakumatt Ukay Mall in Westlands and a Java store in Kileleshwa on grounds they were either seated on riparian land or road reserve.

The ranking is likely to trigger the debate on the efficiency on the war on graft with Chief Justice David Maraga locked in a blame game with the multi agency team on the war on corruption on who is at fault for the toothless war on graft.

On Friday last week, the last day of the two day anti-corruption summit held at the Bomas of Kenya, Maraga hit back at Haji and Kinoti over claims of the Judiciary being an impediment in the war against graft.

The CJ stated that the DPP was employing the wrong tactics in the prosecution of suspects. 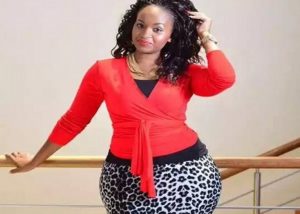