Director of Public Prosecutions Noordin Haji during a past press conference

Fresh from reclaiming land worth Ksh2 billion belonging to The University of Nairobi (UoN) from a private company, Director of Public Prosecutions (DPP) Noordin Haji has revealed that more banks have approached his office with the view of returning cash stolen from the National Youth Service (NYS).

Speaking during the handing over of the land parcel LR NO 1/55 located in Kilimani back to the University on Tuesday, Haji intimated that while his office has made massive gains in recovering the loot, other banks which he did not name besides Family Bank which was hugely implicated in the scam have offered to return the stolen cash.

“We have managed to recover money from banks that were involved in the NYS scam. Besides Family Bank, there are more banks queuing to return the monies gotten through crime,” said Haji.

Haji also revealed that the Asset Recovery Agency has recovered a piece of land worth Ksh154 million grabbed from Racecourse Primary School and the multi-agency team on anti-corruption will return the land to the school next week.

The DPP also revealed that his office will scale up its efforts to ensure that illegally acquired property/ cash is recovered from suspects even as the case is being heard.

“We will not just stop at just taking people to court. What we are going to do moving forward is to make sure that what belongs to mwananchi and what belongs to the government is rightfully restituted to the rightful owner. It will not enough that we are in court and let those who got proceeds of crime to continue enjoying them,” said Haji.

He added, “This is the beginning of the restitution of what belongs to mwananchi and nothing short,”

On December 17, 2018 Family Bank entered into a bargain agreement with the DPP after pleading guilty for failing to report suspicious transactions as graftlords ran riot at NYS. The lender was fined Ksh64.5 million. 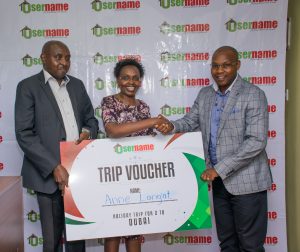