Former Controller of Budget Agnes Odhiambo. Public Service Commission chairman Stephen Kirogo says the selection and recruitment team has one of the most enormous task to give Kenyans a competent officer who would ensure that funds were used prudently. [Photo/The Star]

At least 87 applicants are eyeing to become the next Controller of Budget following the exit of Agnes Odhiambo, And now, the Public Service Commission (PSC) has asked the panel selecting her replacement to conclude the next seven days.

PSC chairman Stephen Kirogo appealed to the team to exercise diligence and transparency during the selection exercise which commenced on Monday.

Kirogo said the selection and recruitment team has one of the most enormous task to give Kenyans a competent officer who would ensure that funds were used prudently.

“You know the expectations from the task of the holder of the office. This is an indication that you must select a person who will ensure the appropriation of funds allocated by the National Assembly is properly utilized,” said Kirogo.

He was speaking at the Public Service Boardroom during the inaugural meeting of the Committee Responsible for Appointment of the Controller of Budget, which comprises of Antony Gatumbi from the Office of the President, Prof Dulacha Barako from National Treasury, Pauline Macharo from the Attorney General’s Office and Mary Kimonye from the Ministry of Public Service.

Congratulating the selection committee for the appointment, Kirogo gave the committee a timeline of seven days to do the shortlisting and interviewing exercise, saying that Kenyans were keen to have the best candidate.

“Public Service Commission expects you to submit the name of the person selected for the position after seven days, a person who fits the job and can perform the role the Controller of Budget,” he added.

He said the exercise would be open to scrutiny by members of the public in a bid to ensure that Kenyans got the best person.

Kimonye assured PSC that the panelists would be guided by the Controller of Budget Act in the selection as it understands the critical role of the holder of that office and the expectations of Kenyans.

“We are ready to work in complete adherence of the law as expected in the Act, by giving the position to the qualified person as stipulated in law,” she said and added that the team would speak in one voice, mind and exercise diligence.

The Office of the Controller of Budget is an independent office established under Article 228 of the Constitution 2010 whose responsibility includes monitoring, controlling, and reporting on budget implementation and auditing.

The office also monitors, evaluates and reports to Parliament on budget implementation by both the national and county governments and advises on remedies to be taken as the budget is being implemented, as well as promotes fiscal discipline and equitable allocation of available resources.

Odhiambo, who was the first holder of the office, was appointed on August 27, 2011, and left after concluding her eight-year non-renewable term as did Auditor General Edward Ouko.

President Uhuru Kenyatta has since designated the Deputy Controller of Budget Stephen Masha to hold the position in an acting capacity. 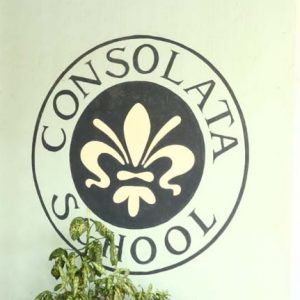