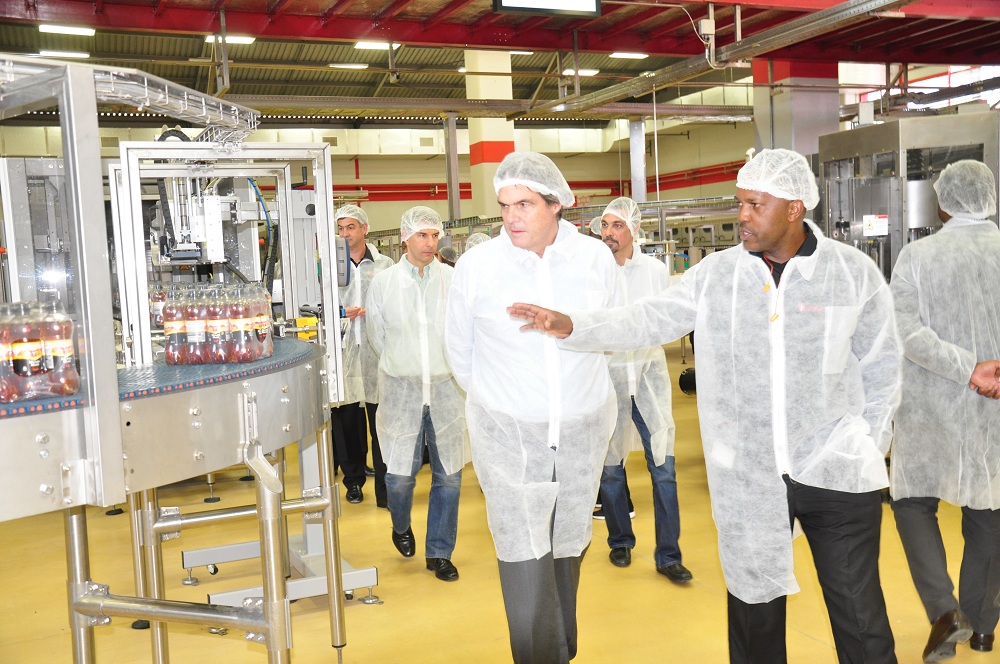 Coca-Cola has announced an investment of over Ksh  billion in Kenya, as it seeks diversify its product offerings in Kenya, in line with the company’s global move to become a total beverage company with a wide offering of soft drinks to the changing customer tastes and buying habits.

The new drinks will be produced locally through a new Ksh 2.7 billion (US$26 million), hot fill line at the CCBA- Nairobi Bottlers Ltd in Embakasi. It brings the total investment by The Coca-Cola Company in Kenya, between 2016 and 2018, to Ksh 9.35 billion (US$90 million), with other noteworthy investments including the manufacture of packaging material such as glass in Nairobi, Mombasa and Nyeri.

The new filling line is currently being used in the manufacture of the Minute Maid range of juice, and will extend to production of other soft drink beverages starting 2018.

“We no longer see ourselves as just a soda manufacturing company; The Coca-Cola Company has grown to be bigger than brand “Coca-Cola”. In 2016, we embarked on a transformational journey, as the leader of the beverage industry, that places our stakeholders and consumers firmly at the center of our business strategy. This is important if we have to grow responsibly,” said Brian Smith, the President for Europe, Middle East and Africa (EMEA) at The Coca-Cola Company, during a visit to Nairobi.

The investment falls under The Coca-Cola Company’s global vision to become a total beverage company, by reshaping its growth strategy and operating model in line with the changing customer tastes and buying habits. This will include the introduction of more low- and no-sugar options and drinks
in emerging categories.

He added: “With innovation at the centre of this new business strategy, we will be able to create more opportunities for to use local ingredients and other inputs. We will also create more jobs for farmers, youth and women. This has a positive ripple effect on both the micro and macro economy, and
this illustrates the overall impact on Kenya and other African countries
where we operate.”

This was Smith’s first visit to Kenya in his official capacity, having been appointed to the position last year in May. He is one of the direct reports to James Quincey, the President and Chief Executive Officer of The Coca-Cola Company. In his role, he oversees the operations of six clusters, including the South and East Africa Business Unit, where Kenya falls.

In 2014, The Coca-Cola Company announced a Ksh 1.8 trillion (US$17 billion) investment in Africa, which was double what was invested in the continent a decade before.

The Coca-Cola Company has been in Africa for almost 90 years, and in addition to creating direct and indirect employment for thousands and impacting households, it has been actively involved in a number of corporate social investments, the latest being the Ksh1.04 billion (US$10 million) response to immediate and long-term measures to address drought in the African Sahel region.