Some of the rice fields where school going children are engaged in harvesting and scaring of birds destructive to the crop. [ Photo / Irungu Mwangi / KNA ]

Education standards in Mwea, Kirinyaga County have reached worrying proportions with child labour being blamed for the situation.

Out of 37 public schools from Mwea East Sub-County, only one student managed to score 400 marks in last year’s Kenya Certificate of Primary Education.

The Sub-County Director of Education Joseph Gicheru says the trend is worrying and requires urgent action.  He, however, blamed parents from the area who have little regard towards education and their children.

”You will find that even where a child is absent from class for about two weeks or so, the parents do not bother to come to school to share with us why their child has been away. They just take things for granted leaving everything to the teacher,” Mr Gicheru said.

Gicheru said child labour within the irrigation scheme especially during planting season, where a child is able to take home up to Ksh500 in a day is affecting education standards due to rampant absenteeism.

”When the rice reaches maturity stage, some children are hired to act as scarecrows for birds which invade the vast irrigation scheme and each takes home from Ksh500- Ksh800 a day, and the parents benefit from the proceeds without caring about the absenteeism from class,” he said.

At the same time, children are mostly required to provide cheap labour during the harvesting season and all these factors have been identified as serious causes of the poor standards of education in the area.

Most recently, Gicheru said, the entrance of the boda boda into the public transport sector has lured many young boys where even their parents encourage them into this quick money-making venture.

County Director of Education, Margaret Mwirigi concurs with Gicheru that these factors have greatly affected the educational standards while drug addiction is also another challenge that has emerged.

Quarrying within kwa-vee and Mahigaini areas has also contributed to child labour in the area since these are the easy and cheap places where children get ready cash.

children are required to provide cheap labour during harvesting.

A parent, Lillian Wanjira, while admitting that children have been left to fend for themselves at a tender age, blamed the lifestyles within the densely populated settlement villages in the scheme.

She said children were being brought up in an environment that exposes them to various social evils at a very early age due to the small sizes of the highly populated village plots they lived in.

”You find a family with ten children on a 40×50 plot with the immediate neighbour also in the same condition, leading to all sorts of social evils including early exposure to sex which makes our children long to earn their own cash to enable them to lead the lives they so desire,” she said. 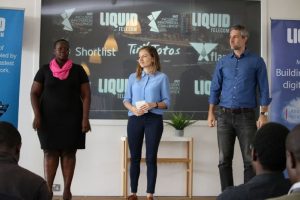 Three Kenya Firms Make It to MIT Inclusive Innovation Challenge
With the arrival of the 4th Industrial Revolution, there has…