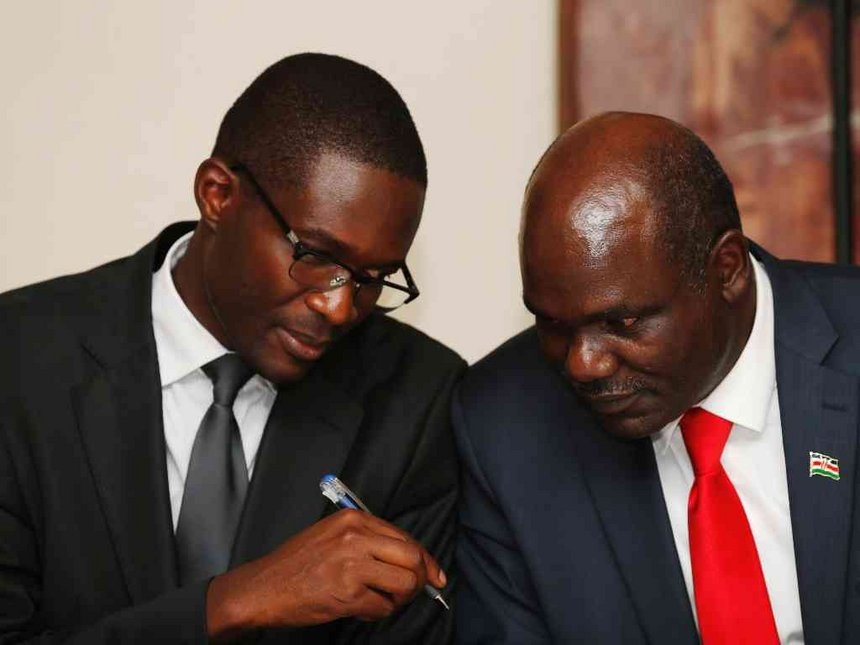 [dropcap]W[/dropcap]hen Judge Stephen Radido delivered his ruling on Thursday setting aside IEBC chairman Wafula Chebukati’s decision to send the CEO, Ezra Chiloba, on compulsory leave, the court opened a new chapter at the commission that paves way for investigations.

The judge had put on hold ex-parte orders until he had listened to arguments by Chebukati.  And after deliberation of both arguments, he ruled against this decision. But Chebukati swiftly issued another statement sending the CEO Ezra Chiloba on leave, again, raising questions within the commission or why he is determined to keep Chiloba away.

The IEBC chairman based his decisions on the narrative of “draining the swamp” with his latest announcement of vetting of 400 staff at the commission coming even after he has admitted to Parliament that IEBC is unable to conduct any business.

In addition to staff discontentment over the conduct of three commissioners, there is also an expression of frustration from two audit teams working on different briefs. Members of the internal audit team claim that the chairman is pushing for an audit that will put a strong case against the CEO.

“He is pushing for this audit to come out next week so that he can justify his actions against Chiloba,” says a source in one of the audit teams. “At the same time, we have the Auditor General’s audit going on. The chair had initially wanted the internal audit to inform the external audit but KENAO (Kenya National Audit Office) have insisted on doing their own independent audit,”

While the office of the Auditor General could not confirm when their external audit will be complete, sources say they are at the tail end of it. In terms of credibility, Parliament will only recognise the audit by the Auditor General.

If the Auditor General’s audit raise issues on expenditure, this is the point at which the CEO, who is the accounting officer, may be asked to step aside for investigation. The CEO is required to be present during all audits to answer to questions raised during the process.

It is not clear whether the latest memo from Chebukati to Chiloba has any legal foundation but the chairman and the other two commissioners are said to be negotiating a package to exit IEBC. The internal audit could their way of justifying their short and contentious tenure at the commission.