Centum Investment on Wednesday announced it had entered into agreements to sell its shareholding in Almasi Beverages Limited and Nairobi Bottlers to Coca Cola Sabco East Africa.

“The proceeds from these transactions will be applied towards repaying our current U.S. dollar-denominated bank term loans of 7.5 billion shillings, which will result in finance cost savings of 700 million shillings,” Centum Group CEO James Mworia said in a public notice filed with the Nairobi Securities Exchange (NSE).

The competition of the acquisition by CCBA (Coca-Cola Beverages Africa, which owns the East African franchise) of the majority stake in ABL from Centum is subject to various approvals, inter alia, regulatory approvals from the Competition Authority of Kenya, he added.

At the same time, Centum has reported a 41% rise in pretax profit for the year to the end of March, which stood at Ksh4.44 billion compared to Ksh 3.15 billion in the previous year.

Its net asset value per share rose to Ksh 79.1 from Ksh 73.2  the previous year. Investment income fell to Ksh 3.2 billion from Ksh 3.5 billion the year before, which Mworia attributed to the sale of GenAfrica Asset Managers, in the previous year. 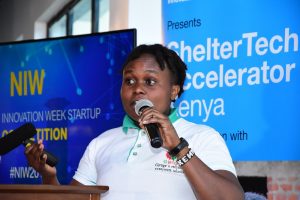