Our chicken was served after what felt like an eternity. With it came forks and knives among other tools to aid us in eating. [ Photo / eatdrinkkenya.wordpress.com ]

We were barely six hours old in university when Josiah suggested that we visit and explore the city. Though a stranger, the man knew the kind of things I turn down and those that I don’t.

Adventure! That is how in the middle of a dark night, confused, lost and without a penny, I ended up at the heart of the concrete jungle, Nairobi City! And that very day was a harbinger of the many predicaments that befell us in the succeeding days and years on campus.

Unlike many of us who were accompanied by the entire clan during admission to Kenyatta University, Josiah came alone. Josiah was average in height, dark-skinned with an almost flat nose, displayed neither excitement nor anxiety unlike the majority of us who seemed to understand and savoured the moment of finally joining university; a place of freedom.

His easy and relaxed disposition made us appear very juvenile. When he walked into our cubicle, the place we were going to jointly call home for perhaps our lifetime in campus, he simply had a bag, a rucksack of sorts. Inside was his blanket and a few personal effects, basically a toothbrush, two pairs of extra clothes, a towel and a paper bag whose content was never made public.

It appeared as though he was coming from a short safari. There was something eerie in his indifferent and relaxed nature.

Josiah was what we call street smart. Whenever you wanted to sell anything, Josiah knew a potential buyer and whenever you wanted to buy something, he was quick with options and places you could purchase that item at the cheapest price. He was highly networked; for anyone who wanted anything, Josiah was the go-to guy. He knew people, he knew places.

However, before any such transactions or favours could be completed, Josiah asked for his cut. A ruthless broker, Josiah was also a very generous man. But behind the generosity was a motive, driven by a not-so-harmless business philosophy. He would always say, “The people we help today will be our customers tomorrow.”

“Brathe, let’s go to town and explore while we still have the time and money, fresh and untouched,” suggested Josiah, barely minutes after we settled in. We hadn’t even had our first meal. We hadn’t even known our environment.

Being very fresh from the village, the allure of the city washed away every caution and double thoughts that we might have entertained. We were led by Josiah who, despite being equally new in the city, displayed a mercurial mind especially in discovering routes.

We arrived in town at exactly 5:00pm, our pockets loaded and our curiosity hungering for exploration and satisfaction.

Two things stole our attention from the very first instance. It appeared to us that almost every woman was charmingly beautiful, and bearing our background, we obviously were also drawn to the spectacle of roast chicken displayed behind glass barriers. The latter excited us the more and consequently we decided to search for a hotel we both read and heard much about, to delight our collective appetites and the then rising hunger.

A night of knives & forks

Hilton Hotel was the place. On Josiah’s lead who acted and walked like one who had severally been at the hotel , we settled at a table of two and boldly gave our order to the eager and courteous waiter; two full grilled chicken and chips. I never knew what grilled chicken was, but at least I had heard people mentioning that it was one of the popular delicacies in the city.

Our chicken was served after what felt like an eternity; seven minutes. With it came forks and knives among other tools that were apparently meant to aid us in eating. There were even some nicely folded tissues on the sides, what I later came to know as serviettes.

Everybody in the city minds their own business apart from the conmen.

As we consumed what we non-verbally agreed to be the sweetest food we had eaten in our entire lives, we kept ordering for drinks that popped up in mind from the memory of things we heard people talk about, on TV mostly.

Bearing that permanent professional smile, the waiter quietly placed the bill on the table. With one hand roughly holding on a drumstick and engaging in a tag of war with my teeth, the other hand indifferently held the bill into view.

I almost screamed out of terror at the figures staring at me. I was immediately sweaty and sick. Eight thousand and fifty was the sum. Upon seeing the bill, Josiah started coughing suddenly, mumbled he was experiencing nausea and asked for the washrooms.

That is how Josiah disappeared, leaving me alone to bear the burden of that erroneous bill. I dived into my pockets and poured my entire pocket money in paying the bill yet I still had a five hundred shilling deficit.

By the time I negotiated myself out of Hilton Hotel, it was already very late, well past 9:30pm. I was confused, without a penny and not sure how to get back to school.

Two things I learned; never shall I enter a hotel without prior survey and review of the costs of meals. Secondly, as shall be witnessed in the succeeding tales, everybody in the city minds their own business apart from the conmen. There are no good Samaritans in the city.

I deliberately shall not speak of Josiah for now. It is enough to say that I found Josiah snoring very heavily on his bed in the hostel. 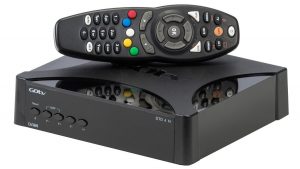