Here are some amazing series you can watch on Showmax this June:

Winning Time: The rise of the Lakers Dynasty | Binge now, first on Showmax

Among Rotten Tomatoes’ Most Anticipated Series of 2022, Winning Time: The Rise of the Lakers Dynasty dramatises the professional and personal lives of the players and coaches of one of sports’ most revered and dominant dynasties – a team that defined an American era, both on and off the basketball court.

Already renewed for a second season, the HBO sports drama has an 84% critics’ rating on Rotten Tomatoes, where the critics’ consensus says, “Winning Time pairs a larger-than-life roster of characters with whiplash style to deliver an absolute slam dunk.” 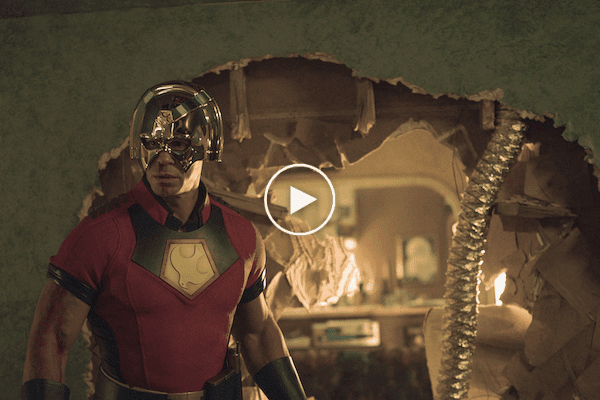 John Cena reprises his Critics Choice Super Award-nominated role as Peacemaker, fįghting for peace at any cost – no matter how many people he has to kįll to get it. The hotly anticipated first series in the DC Extended Universe, HBO Max’s Peacemaker picks up where The Suicįde Squad movie left off, with Peacemaker returning home after recovering from his encounter with Bloodsport – only to discover that his freedom comes at a price.

One of Rotten Tomatoes’ most anticipated series of 2022, Peacemaker has a 94% critics’ rating on the review aggregator, where the consensus calls the show “a blōody good time that gives writer-director James Gunn full permission to let his freak flag fly.”

HBO Max recently renewed Peacemaker for a second season, while Cena is up for Best Comedic Performance at the 2022 MTV Movie + TV Awards for the role. 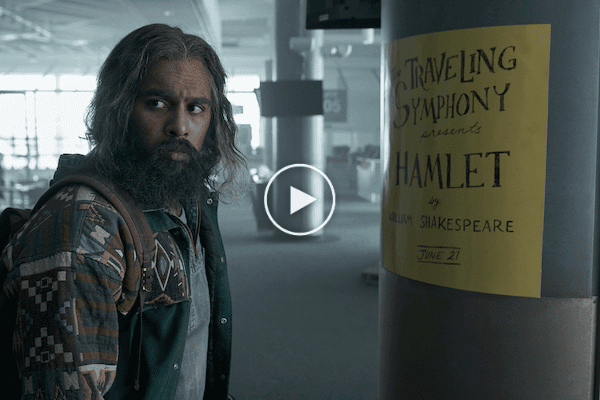 Named Best Science Fiction/Fantasy Series at the 2022 Critics Choice Super Awards, Station Eleven follows the scattered survivors of a devastating global pándemic as they attempt to rebuild the world anew and hold on to the best of what’s been lost.

Based on the Arthur C Clarke Award-winning 2014 novel by Emily St John Mandel, the dystopian sci-fi drama has a 98% critics’ rating on Rotten Tomatoes, with Observer saying, “Station Eleven is not about a pándemic, not really – it’s about the way art, community, and family endure even after the end of civilization as we know it.”

Station Eleven is created by Patrick Somerville (Maniac, The Leftovers, Made for Love) and directed by the likes of three-time Emmy nominee Hiro Murai (Atlanta, and the Grammy-winning Childish Gambino music video This Is America). 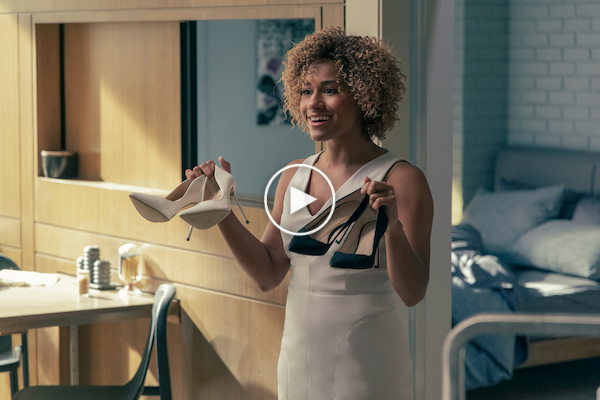 One of Rotten Tomatoes’ most anticipated series of 2022, Westworld is a dark odyssey about the fate of sentient life on Earth. As Rotten Tomatoes says, “We have no idea what’s in store for Westworld’s fourth season, which is exactly how the producers of the sci-fi kįller-robot series like it. Will it finally come to wár between humans and AI? No idea…” But, they add, “The previous three Certified Fresh seasons have us hooked for life.”

Inspired by the film written by Michael Crichton, Westworld has won seven Emmys to date, with a further 45 nominations, and has twice been named Best Science Fiction Series by the Academy of Science Fiction, Fantasy and Horror Films. It has an 81% critics’ rating on Rotten Tomatoes and an 8.6/10 rating on IMDb. 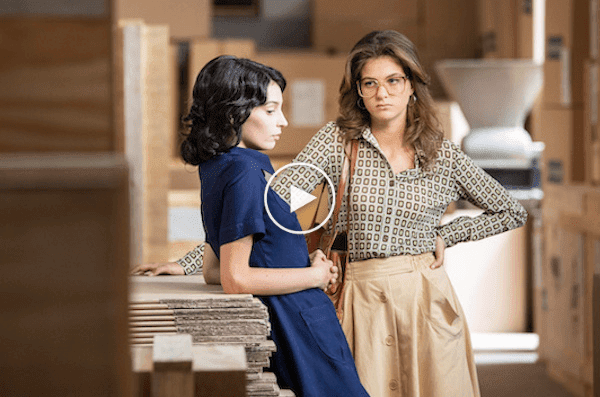 My Brilliant Friend S3: Those who leave and those who stay | Binge from 9 June, first on Showmax

The Italian drama series My Brilliant Friend returns for a third season, based on Those Who Leave and Those Who Stay, the third book in author Elena Ferrante’s bestselling Neapolitan Novels series, which follows the coming-of-age story of two young women growing up on the outskirts of Naples during the latter half of the 20th century.

Season 3 picks up with Lila (Gaia Girace) raising her young son alone and working in a factory under the toughest of conditions, while Elena (Margherita Mazzucco) has authored a successful novel. As they each navigate life’s hopes and uncertainties, Elena and Lila remain united by their ambivalent yet undeniable bond.

Season 3 has a 100% critics’ rating on Rotten Tomatoes, with AV Club praising it as “one of the most honest, unsentimental depictions of friendship – female or otherwise – in either literature or television.” The series has been nominated for a Peabody Award, a Critics Choice Award and three Italian Golden Globes, where it won Best Breakthrough Actress for Ludovica Nasti.

The fourth and final season, based on the final novel in Ferrante’s series, The Story of the Lost Child, was recently greenlit.

The three-part BBC miniseries tells the extraordinary story of three intertwined events from 1981: the New Cross Fįre, which kįlled 13 young Black people; the Black People’s Day of Action; and the Brixton rįots – turning points that would go on to define race relations in the UK for a generation.

Uprising has a 100% critics’ rating on Rotten Tomatoes, where the critics’ consensus says, “Honest, harrowing, and heartbreaking, Uprising is an incredible feat of documentary storytelling from Steve McQueen.” 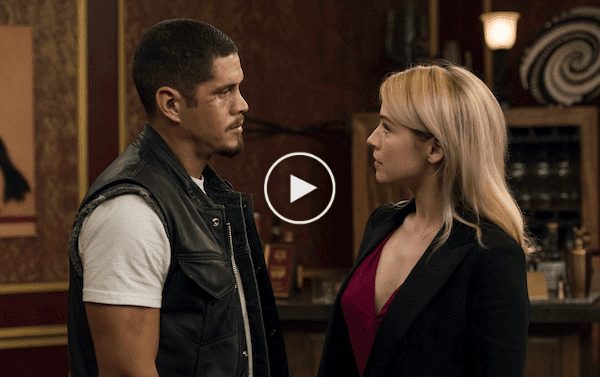 A spin-off of the acclaimed biker gang drama Sons of Anarchy, Mayans M.C. S4 brings the threat of all-out wár after the failed attempt to join the charters under a single king. 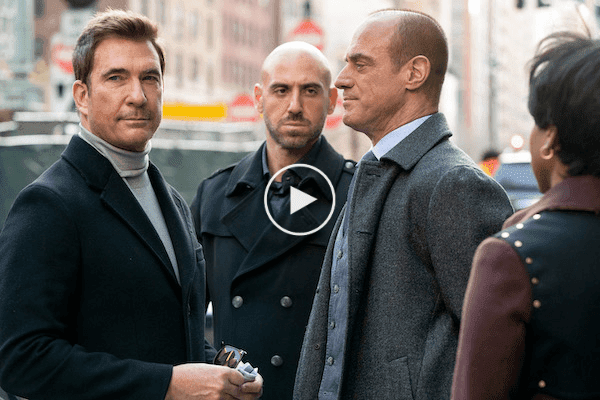 Following a single story-arc over this season’s eight episodes, this gritty, topical entry into the Law & Order canon has already been renewed for a 24-episode second season. Meloni and McDermott were nominated as Best Actor and Supporting Actor respectively at the 2021 Hollywood Critics Association Television Awards, where Law & Order: Organized Crįme was up for Best Broadcast Network Drama Series. 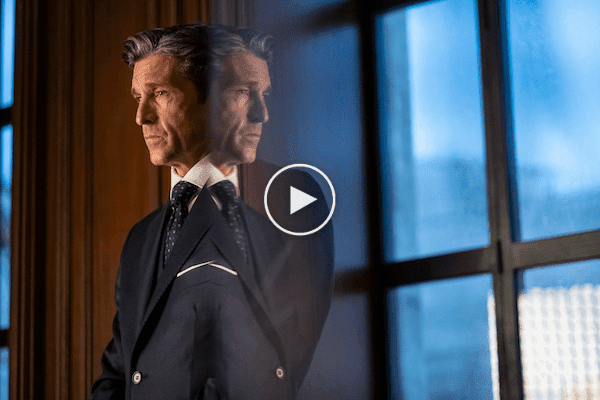 Emmy nominee Patrick Dempsey (McDreamy in Grey’s Anatomy) and Venice and Berlin winner Alessandro Borghi (Suburra) co-star in Devils, an adaptation of the bestselling book by Italian trader Maria Brera – an insider’s look at the world of millionaire investment bankers.

The hit Sky Italia series, which sold to 160 territories globally, centres on Massimo Ruggero, a charismatic and fearless Italian investment banker, and his former mentor, Dominic, as they aim to profit from the Brexit fallout. 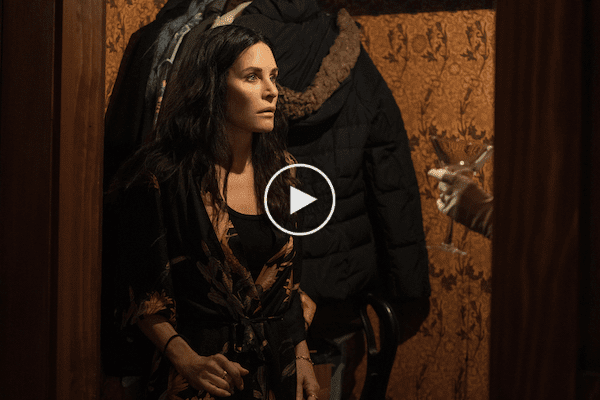 In Shining Vale, a dysfunctional family moves to a small town, not realising their new house has a terrible history. No one seems to notice anything weird except for Pat (Emmy nominee Courteney Cox, aka Monica in Friends). The celebrated author of a raunchy female empowerment novel, Pat is convinced she’s either depressed or possessed – turns out, the symptoms are exactly the same. 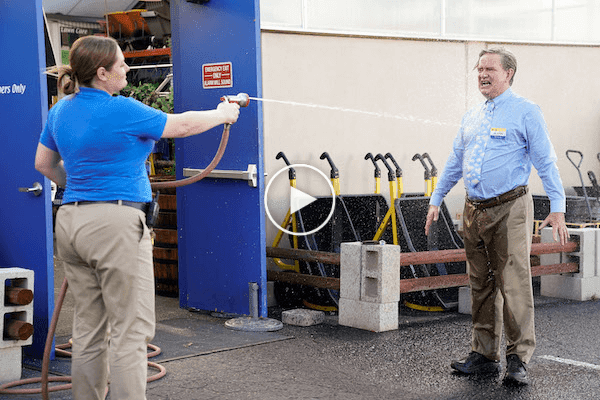 The Cloud 9 staff find themselves fielding panic buying, personal space issues, and suddenly being considered pándemic heroes as Superstore launches into its final season and crosses the 100-episode mark in the process.

Plus, since we last saw them, Lauren Ash – who plays Cloud 9 veteran Dina – was nominated for Best Supporting Actress in a Comedy at the Hollywood Critics Association Television Awards, where Nico Santos won Best Supporting Actor (and psst… there are even better things on the horizon for Mateo this season). 2021 also brought the show its third nomination for a GLAAD Media Award for Outstanding Comedy Series, while the series finale was nominated for the 2022 Writers Guild of America Award for Best Episodic Comedy.

The 15-episode Season 6 has a 93% critics’ rating on Rotten Tomatoes, with the critics’ consensus saying, “As funny and poignant as ever, Superstore closes up shop with a superb sixth season that solidifies its place as one of TV’s greatest workplace comedies.” 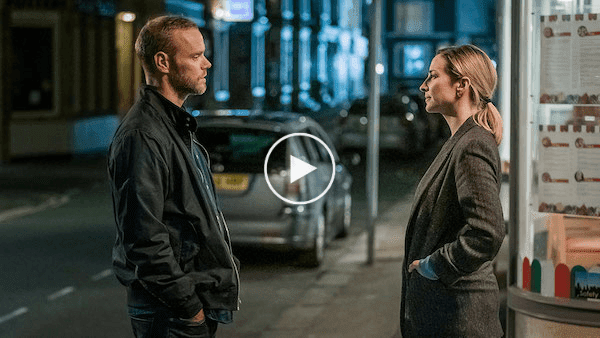 British police drama The Bay is back for a second season. Demoted to Detective Constable following her suspension, Lisa Armstrong (three-time BAFTA Scotland nominee Morven Christie from Grantchester) takes on a new investigation after a solicitor is shõt on his doorstep, while her personal life becomes complicated when Andy (BAFTA nominee Joe Absolom from A Confession), her ex-husband and the father of her kids, returns to Morecambe.

Season 1 picked up nominations for Best Actress at the Scotland BAFTAs and Best Director at the Wales BAFTAs, as well as for Best Drama Script at the 2020 Irish Film and Television Academy Awards. With Season 2’s viewership up to 7.9 million in the UK, The Bay has already been renewed for a third and fourth season.

Read: Sister Against Sister As ‘Igiza’ premieres on Showmax

>>> Opportunity: Showmax is Looking for Two New Originals in Kenya