A proposed multi-billion luxury hotel project in Watamu, Kilifi county is at the centre of a storm with leaders reading from different scripts on its implementation.

Tourism Cabinet Secretary Najib Balala and Kilifi North MP Owen Baya have differed over the Ksh 28 billion 61-storey project that is expected to house a hotel and residential facilities.

Balala in early July said he had written to the National Environmental Management Authority (Nema) seeking to revoke a license it had issued for the construction of the 370-metre tall Palm Exotja Hotel between Turtle Bay Hotel and the Watamu Marine National Park citing environmental concerns.

“That 61-storey skyscraper developed on a small plot in Watamu must not be built. I have already given my objection to Nema. If they want to build such a skyscraper, they should do it in Nairobi or Mombasa, not on the beach of Watamu,” said Balala during a tour of Watamu then.

But on Sunday, Baya told off the CS, urging him to stop meddling in affairs of his constituency, adding that Balala was driven by personal interests and not environmental issues.

“It is absurd that Mr Balala, who is supposed to be at the forefront of boosting tourism ventures that is also aimed at creating jobs for the youth is colluding with a few foreign investors to oppose the project,” he told journalists in Watamu on Sunday.

Baya claimed the foreign investors feared that their proposed project would dwarf their small hotels and block them from the scenic Indian Ocean and that is why they had sought the intervention of the CS to have it stopped.

The project’s developers are Italian billionaire Franco Rosso and a consortium of investors from New York in the United States of America and South Africa.

The structure is being designed by Rome-based architect, Lorenzo Pagnini and is expected to house luxurious suites and a 24-hour casino among others.

According to the designer, the building will also be home to a 270-bed hotel, shopping mall and a nightclub. It will further have 180 serviced apartments, office suites, a conference centre and restaurants. 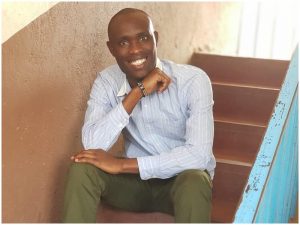