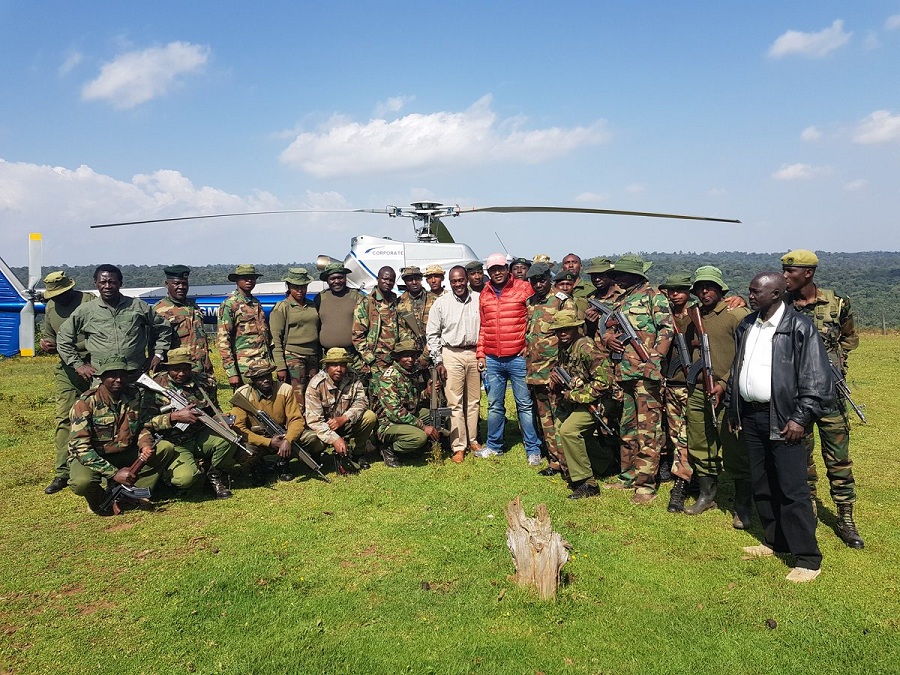 Citizen TV is on the spot after failing to air a story on the Mau Forest saga on Sunday night even after hyping it since Friday.

Instead, viewers were kept waiting for far too long as the station aired advert after advert leading to questions as to whether there was external interference.

Sunday Live host Jeff Koinange, who anchors alongside Victoria Rubadiri, had spent time in the area to compile the report, which included a face off between former Bomet Governor Isaac Ruto and Narok Senator Ledama ole Kina, who are on the opposite ends of the manner the evictions of those occupying the water tower is being undertaken. They promised to deliver an e*******e piece.

Many viewers were left a disappointed lot after the station failed to air the story and instead promised to do so Monday night. Some opined some forces had pushed for further editing of the story.

The expose was to include investigations into what it called “Shady Mau Deals” and why the government is targeting over 1,000 individuals. Among those who own land in what used to be the Mau is former President Moi who has a tea estate and a factory at Kiptagich. He acquired the land in 1978.

With Environment Cabinet Secretary Keriako Tobiko going beyond ordinary occupiers to target those who excised the forest by creating a cut-line, it is likely he could also be evicted. Already, the Nyayo Tea Estate has been forced to cease operations.

It is not a very good start for the Citizen TV Dream Team at a time competition on the TV scene is at an all time high, incidentally instigated by Royal Media Services, which operates the station, after launching a poaching spree in March that has seen star presenters from rival stations troop to Communications Centre.

There has been debate on whether assembling a star-studded team is what will matter in the competition or whether it boils down to content. TV stations have in recent days been seeking to outmatch each other, especially by seeking to host various personalities such as NASA leader Raila Odinga and Director of Public Prosecutions Noordin Haji, who has become a darling of many for his high-profile graft indictments.

At the awards, News Reporters Hussein Mohamed and Sharon Momanyi took home both the Environmental Reporting Award and the Journalist of the Year Award for their story Coaled Case.

The story offers an in depth critical look at the controversial 1,050MW coal power plant being built in Lamu County.

“It’s a moment of pride for KTN News. The award confirms what we’ve always known, that content is king and KTN News will always win the battle of content. Sharon and Hussein have placed us at the top in the industry in Kenya. And they are part of the KTN News team that embodies the quest for news in response to our viewers’ needs. We celebrate our winners and together we promise our viewers that we will continue to bring them news in a way only we can!‎’’ said KTN News Managing Editor Ellen Wanjiru.

KTN has been rather quiet in the “transfer season” despite losing key staffers including Joe Ageyo, who was its Managing Editor, to rival stations especially BBC and Citizen TV.

For Citizen TV to compete, it must have to ensure it appears independent and professional but if what happened on Sunday is anything to go by, it has a long way to go in attracting and retaining viewers.

Here were some of the reactions:

And #SundayLive fails to air supposedly on audio issues but I s*****t a call was made to k**l the report on Mau. We wait for tomorrow, Citizen ? has promised to air it. This is so disappointing since Mau facts need to be laid bare and raw! pic.twitter.com/wsfIUaIkmZ

The much hyped & awaited Mau Forest report by Citizen TV was to be either re-edited or be pulled off-air.The excuse is that it has no audio or the format in which it was exported is not compatible with new set up of the system is a lie.Such is the life we live in this country.

By failing to air the much publicised documentary on Mau,Citizen TV has proven that they’re not independent.S******e Media. #SundayLive