In its defense, the media house said it relied on an interim report on drug trafficking investigation. [ Photo / Business Today ]

A coast-based aviation expert has been awarded damages after winning a defamation case against Standard newspaper.

According to the ruling delivered on 20th September 2019, Allan Herd successfully proved the media house had inappropriately linked him to the narcotics trade and thus defamed him.

The judgement was delivered by Mombasa High Court presiding Judge Patrick Otieno, who also ordered the media house to pay for costs of the case.

How Standard lost it

Mr Herd filed the libel suit over an article carried by Sunday Standard in 2017, which suggested that by being the de facto manager of Kijipwa Airstrip in Mombasa, he allowed narcotics traffickers to use the facility to smuggle drugs into Mombasa.

“With such building directions in mind and having considered the submissions offered by both sides on the sum awardable as damages and the authorities thus cited, and while aware that such damages are at large, I do award the plaintiff a global sum of Ksh5 million being general damage for libel,” Justice Otieno ruled.

Standard’s lawyer unsuccessfully argued for the court to award only Ksh200,000 instead of the Ksh5 million.

In the case listed Standard Group as defendants as well as its journalists Nzau Musau and Daniel Wesangula. The article also alleged that Mr Herd is a business partner to businessman Humphrey Kariuki, which is not the case.

In its defense, the media house said it relied on an interim report on drug trafficking investigation released on February, 1, 2011, and presented to the then Commissioner of Police.

But Mr Herd argued the media house made no attempt to reach to him for his side of the story and that the airstrip he was linked to is actually now owned by Lafarge Group Limited.

“I do find that the words could only mean and did mean to anybody reading them that the plaintiff was a felon engaged in the organised crime of drug trafficking.” 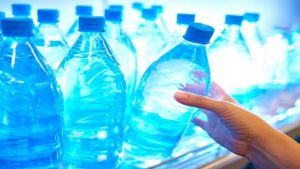