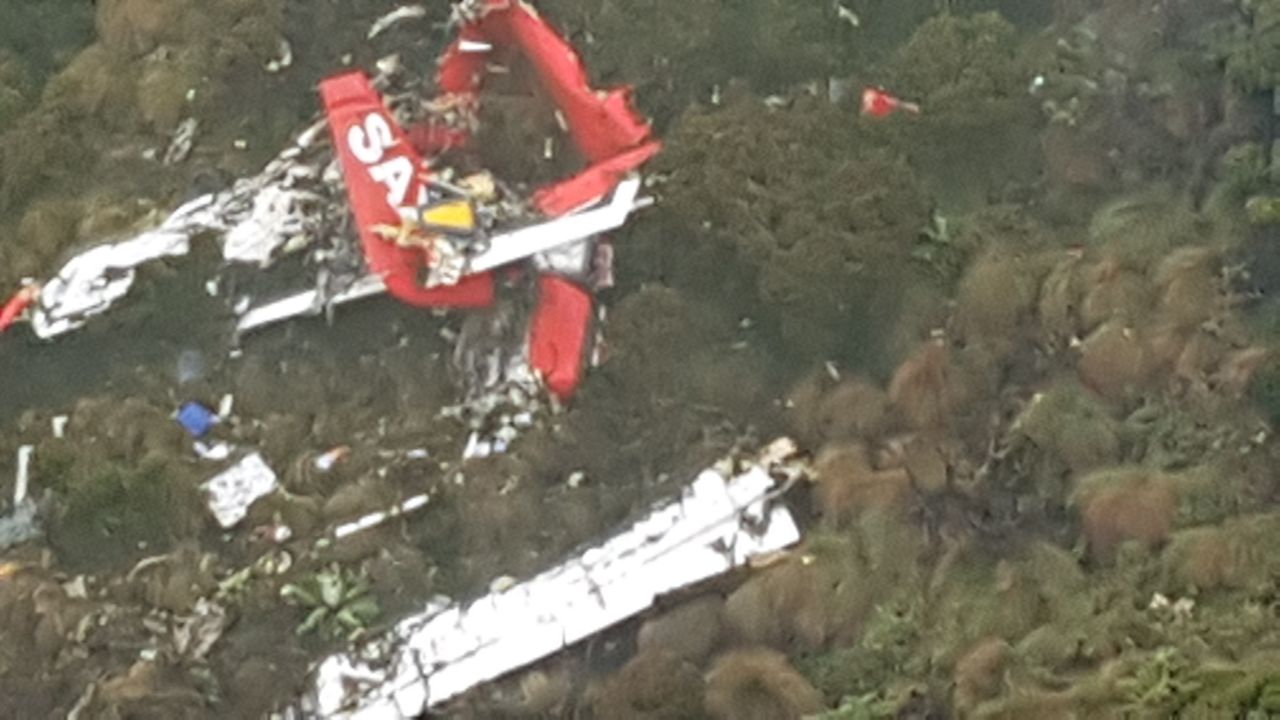 Eight passengers and two crew members who were aboard FySax plane that went missing on Tuesday evening in the Aberdares have been confirmed dead.

The 10 died after the flight registration number 5Y CAC was involved in the fatal crash. The plane has been missing for two days now but wreckage was was spotted today morning (Thursday) by the aerial search team in the Aberdares forest, Nyandarua County.

Transport PS confirmed to media and also said government will issue statement by today in the afternoon (Thursday).

The Cessna C208 aircraft, registration number 5Y-CAC, left a Kitale airstrip in Trans-Nzoia County at 4.05pm for Nairobi but lost contact with the control tower at 5.20pm. It is operated by FlySax. On board were the pilot, Captain Barbra Wangeci Kamau, and First Officer and co-pilot Jean Mureithi.

FlySax chairman Charles Wako made the announcement on Thursday at Weston Hotel in Nairobi as he pleaded for understanding. The announcement has shuttered the hopes of families and friends of the crew and passengers who hoped to find their loved ones alive.

At the rescue command centre at Njambini Boys High School in Nyandarua, relatives of victims were overcome by emotion on receiving the bad news. Some were hurriedly bundled into ambulances and cars, which drive at high speed towards Naivasha.

Before the revelation, Transport Principal Secretary Paul Maringa had indicated that the plane’s wreckage was “reasonably” damaged. The wreck was spotted at 6.45am by the aerial search team at Elephant Point, some 11,000 feet above sea level.

“A ground team of military specialists in mountain rescue operations has been dispatched to the site, which is 11,900ft up a 400m cliff face in a dense area,” Prof Maringa told journalists at Transcom House in Nairobi.