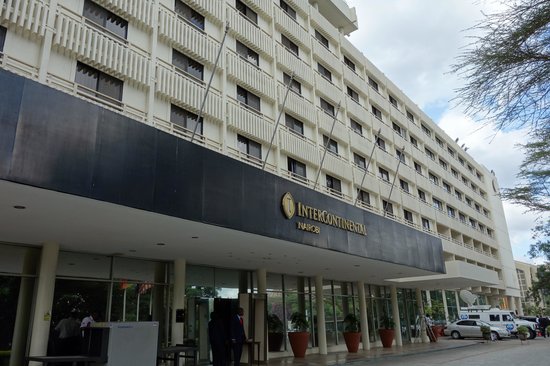 A woman has been awarded Ksh3 million by a court  for being thrown out of  Hotel Intercontinental after she  was mistaken for a p********e 20 years ago.

Ms Winfred Njoki Clarke is a relieved woman after Justice Msaga  Mbogholi this week ordered the five-star hotel to pay her  Ksh2 million in  damages for defamation  and u******l  i**********t. The Attorney General, who

In her suit  papers, Ms Clarke told the court that on March  19th, 1998 she went to the hotel as a potential paying customer to have a drink with her friend  but was denied service since she was not accompanied  by a man. Ms Clarke testified in court that she went the bar counter and asked for two bottles of beer while holding Ksh400 in her hand but instead of being served, she was asked for “cover charge”.

She adds that when she inquired about the cover  charge was she asked to see the manager. Instead, she aid in court papers, a security  officer who told her that “women who were not residing  at the hotel could  not be served and that  they must pay the ‘cover charge”.

On  insisting, a waiter at the hotel quipped, “Why don’t you go ask your colleagues?” while pointing to two other women (presumably p*********s) seated at the  bar,  in the presence  of other  customers. She  said utterances meant  that  she was a woman  of questionable moral conduct  and a “p********e”.

“A Security  guard pulled me outside the hotel because I refused  to pay the cover charge. I was denied an opportunity  to sit at the lounge and when I ended up outside and boarded a taxi, the driver was ordered  not to carry me, “she states in her  court papers.

Ms Clarke says despite pleading that she was a respectable married woman to Terrence  Leonard James Clarke, she  was assaulted by the hotel’s security staff who  who dragged her out of the  taxi she had boarded after being evicted from the establishment.

“The Hotel Intercontinental personnel called and directed police officers to a****t me, after which I ended up at Central Police Station where  I was held for two days  without any charges  being pressed against me, “she says.

Ms Clarke accused the Hotel of acting  maliciously by arresting  her in public, an ordeal which caused her severe shock and mental  anguish.  As if that  was not enough, Ms Clarke says police officers at the Central Police station  mistreated her.  She  accused the officers at the station of refusing to take her statement and recording her a****t  in the Occurrence Book. (OB).

Ms Clarke says her husband was unable  to secure her release but  she was later  released  on a free bond.

However in their defence, the hotel blamed Ms Clarke for her “unruly behaviour”  which could  have led to a breach of peace had the police not been called to intervene. “We had every right  to call for assistance due to her  behaviour,” the hotel argued.

But the judged disagreed  with the hotel saying “regardless of the admission and  service regulations of the hotel, the treatment of Ms Clarke pointed to discrimination which in the circumstances  was embarrassing  and humiliating”.

Justice Mbogholi added that no notice was displayed on the premises that unaccompanied women were required  to pay a “cover charge” for drinks.

“It was therefore within her right to ask what this “cover charge”  was. Instead of an answer,  she was dragged out of the  hotel and ended up in a police  station,” the judge stated.

Justice mbogholi added that the matter would have not reached the courts if the hotel management had acted in a more civil manner.”Malice can be imputed from the language used and actions taken,” he observed.

The Judge found that Ms Clarke’s reputation was tainted by being dragged out of the hotel leading to her a****t and u******l  detention. “The actions of the hotel amounted to great humiliation and embarrassment. Ms Clarke has established that she is entitled  to damages,” he said.

Hotel Intercontinental, has a bed capacity of  770 and the biggest presidential suite in the city, measuring 2,340-square-feet. It has previously  hosted many heads of state and dignitaries including US Vice President Joe Biden, former US Secretary of State Hillary Clinton and Ugandan President Yoweri Museveni.