A peppercorn is also used in more balanced contracts, where one side wishes to conceal the nature of their payment.

In legal parlance, a peppercorn is a metaphor for a very small payment, a nominal consideration, used to satisfy the requirements for the creation of a legal contract.

It featured in Chappell & Co Ltd v Nestle Co Ltd ([1960] AC 87), which stated that “peppercorn do not cease to be good consideration if it is established that the promisee does not like pepper and will throw away the corn,” according to Wikipedia.

In Kenya, KCB Group, Kenya’s largest bank by assets,  is said to be paying only Ksh10 ( considered peppercorn value) to take over Imperial Bank, which was shut down four years ago due to insider fraud that threatened its stability.

A peppercorn is also used in more balanced contracts, where one side wishes to conceal the nature of their payment. For example, since real estate contracts are generally matters of public record, the purchaser of a house may not wish to list the exact amount of the payment on the contract. But there must be some specific payment listed in the contract, or the contract will be considered void for lack of consideration.

In leases for real property

Another common example is the English practice of “peppercorn rent”, the nominal rental sum for property, land or buildings. Where a rental contract is put in place and the owner of the property wishes it to be rent-free, it is normal to charge a small sum as “peppercorn rent”, because if the owner wants to lease the property, he must charge some rent so that consideration exists for both parties.

Furthermore, a peppercorn rent is often used as a form of nominal ground rent where a (potentially substantial) premium has also been paid on commencement of a long lease of, say, 99 or 125 years (a “virtual freehold”). The notional collection of the annual peppercorn rent helps to maintain a formal landlord-tenant relationship between the two parties, precluding the risk of a claim for adverse possession from the tenant arising, were no consideration to be paid for an extended period 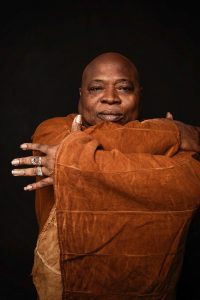