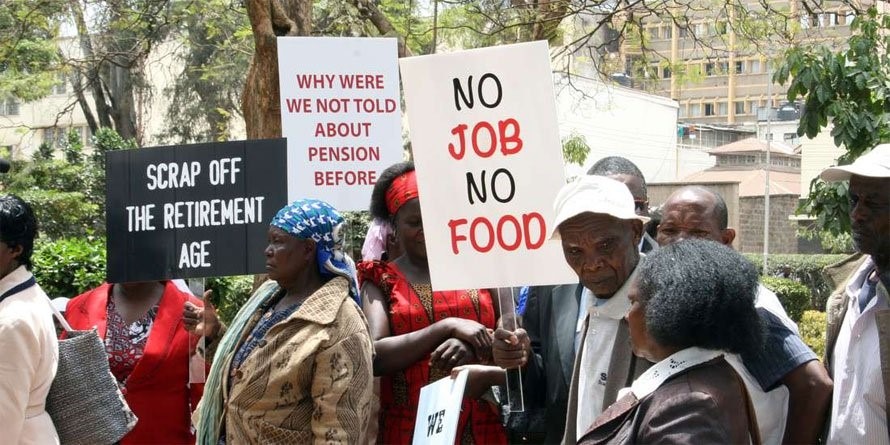 Focus needs to be expanded beyond retirement money to include other aspects like healthcare and money management in retirement.

In 2009 when the government raised the retirement age from 55 to 60 years, it gave civil servants not only an extended working life but also a brief postponement to beginning retirement life. Some private sector organizations followed suit and revised their HR manuals accordingly.

For employees who were not prepared for retirement the extension was buying time to put their houses in order. When the employee finally retired, they found that retirement was different ball game that had factors which were at times beyond their sober imagination.

One of the factors is reduced income that is not enough to maintain the lifestyle they enjoyed while working. It dawns on the retirees that the lumpsum they received and the subsequent meager pension was a drop in the ocean for meeting their needs. Those who still have school or college going children even liquidate some of their assets to fund the children’s education.

Others who relocate to the rural area and have not house there use some of the money to construct one. For those who had existing medical conditions whose bills the employer was meeting ended up digging deeper into their terminal benefits to meet the bills.

Another factor that retirees face is uncertainty on medical insurance cover that becomes only limited to NHIF. Some medical insurance providers discriminate the retirees on age grounds. At least the Kenya Association of Retired Officers came to their aid under its agreement with NHIF. Retirement time is when people are prone to age-related illness, yet access to other forms of medical cover is limited.

[ Read also: This generation of Kenyans may never retire ]

On a personal level, the retirees find the transition period into full time retirement life not as easy as they had imagined. Suddenly, they have a lot of free time but nothing on their To Do List. Spending the excess time sleeping is not the answer. Neither is watching TV or making aimless walks around and about their locales. The retirees realize that to lead a meaning retirement requires that they engage on productive activities.

The retirees have to deal with family members some of whom are negative on their changed situation. Family members have expectations which the retirees. The retirees’ home fronts become battle lines of previously unresolved disputes. This stresses the retirees making them isolated with high chances of drifting into depression, if family support and understanding is not forthcoming in good time.

Some communities regard retired people as those whose usefulness has come to an end.

The other factor the retirees contend with are societal stereotypes on retirement and aging. Some communities regard retired people as those whose usefulness has come to an end. Others have even coined nicknames for them that imply that they are spent forces. With this kind of reception, the retirees begi viewing retirement as a curse and not a period to give back to society in a new capacity.

Going through the factors the big question is: What would be done to enhance the quality of retirement life for retirees? These are people who have served this county and should not be relegated to misery on grounds of leaving paid employment.

[ See Also: Simple steps on how to retire young and rich ]

Some of the existing laws do not have provisions for handling retired people who fall in the category of the older persons.  Other laws are outwardly discriminatory on retired people on age grounds. In the developed world such laws have been repealed to pave way for retirees to further contribute towards national development.

The Retirement Benefits Authority (RBA) is doing a great job in safeguarding the employees’ pensions. However, its focus needs to be expanded beyond retirement money to include other aspects like healthcare and money management in retirement.

Retirees in other countries have earned titles like Senior Citizens to appreciate their past contributions.

NSSF needs to consider annuity payments to retirees because lumpsum payouts dry up within a short period for lack of personal financial planning. Both national and county governments should make regular adjustments to pensions to match with inflation. Otherwise, the purchasing power of retirees is so eroded that they become dependents on their children and society.

Civil societies and lobby groups should be lauded for championing human rights. The next frontier is to fight for human rights of retirees particularly on access to medical care. The present retirees associations are to focused on the pensions to the detriment of other welfare issues.

Retirees are sometimes bombarded with stereotypes that demean their status in society. As in hate speech, let us have “hate words” that should be punishable in law. Retirees in other countries have earned titles like Senior Citizens to appreciate their past contributions to society.

It time for employing organizations including government to incorporate pre-retirement training programs in their code of regulations or HR manuals. Let the training be formal so that it is not at whims of the administration. For the training to have the impact intended, there is need to develop a nationally recognized curriculum on retirement education.

The curriculum may be implemented in two phases. The first one should be mounted when employees are left with five years before retirement and the next one in the year of actual retirement. This approach will   be a step ahead of the current practice where employee either don’t undergo training or do so at the eleventh hour.

Retirees struggle to find what to do in retirement. They need to get a new vocation for meaningful retirement. Otherwise, sitting at home doing nothing will cause isolation with its consequences such as depression and early death. Regarding new vocations, retirees especially those with professional expertise should be encouraged to form and join Retirees Professionals Agencies to continue serving the public on part-time basis.

[ Read: Inside the big heart of a retired CEO who loves giving ]

Retirees need to plan for retirement as part of their life goals. In the planning one of the key items to be considered is the location for a retirement home. If someone intends to eventually retire to the rural area they should build a house there. There are cases of retirees who used their terminal benefits to build retirement homes, being left with nothing.

Since retirement affects family members, retirees would live better through enhancing their family relationships. Living in a chaotic family situation would make a retiree’s life miserable. Let retirees mend or strengthen their relationships with family members for mutual co-existence.

At national, societal and individual level let’s join hands to support the cause of retirees to live satisfactory retirement lives. What national pride can we exude when those that made contributions for achievements of national goals lead decent lives and are treated with respect and dignity?