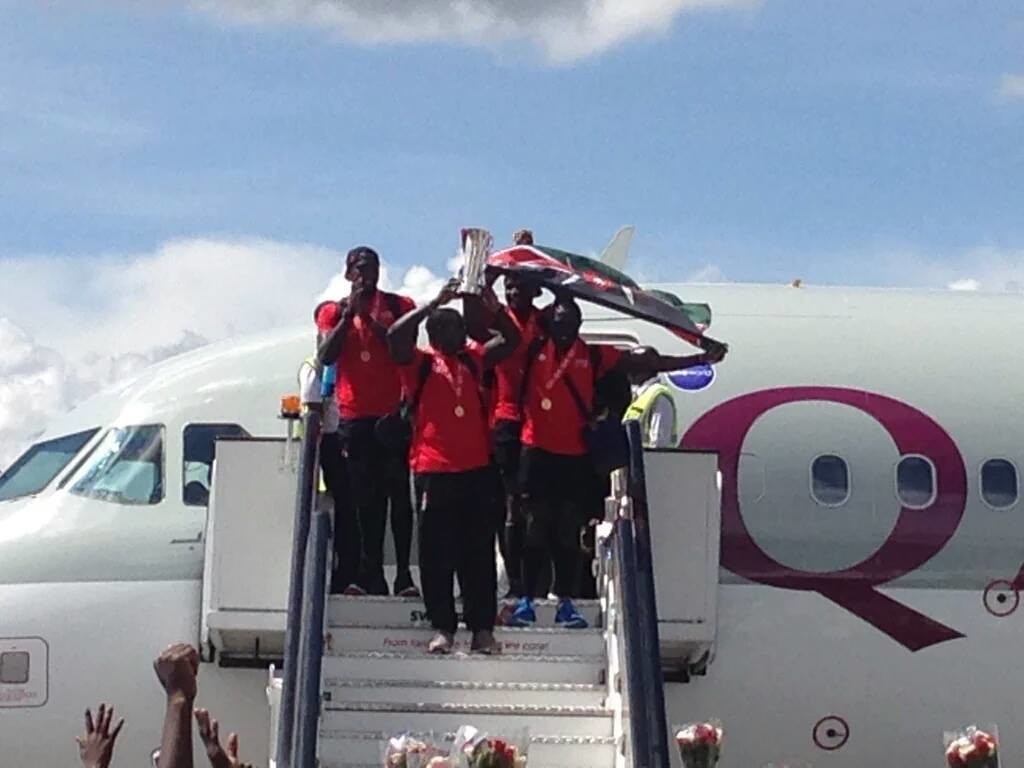 There was a carnival mood at Jomo Kenyatta International Airport as the triumphant Kenya Sevens rugby team jetted into the country after winning the Singapore Sevens main cup final.

But while a grand hotel reception awaited them at the Ole Sereni Hotel and later at State House, Nairobi, the pride of many Kenyans was pricked when the team arrived aboard a Qatari Airways flight. Hostesses from Kenya Airways, the sponsors, only had the honour of lining up to receive the players.


“Welcome Home the triumphant Kenya Rugby heroes! But wait a minute; how did a team sponsored by KQ arrive aboard a Qatar plane?” wondered one fan through a post on twitter.

“I thought @KenyaAirways Will be the one bringing back our Champions #Kenya7s team!” Another fan posted.

Unconfirmed reports also indicate that Qatar Airways is the official carrier for the rugby Sevens series worldwide. The Kenyan team displayed an outstanding performance to sink Series and Singapore defending champions Fiji 30-7 to win their first ever Main Cup, after four finals appearances and 114 tournaments.

The team touched down at 2:15pm and brought Jomo Kenyatta International Airport to a standstill as Cabinet  Dr Hassan Wario led government officials, relatives and friends to receive the team. Kenya is ranked seventh in the log on 85 points, ahead of traditional heavyweights including England and France, serving notice of their intentions for Rio Olympic Games where they will be one of the medal contenders.


They will take a 10-day rest before returning to training to prepare for the last two rounds in Paris and London. In Paris, Kenya has been drawn in Pool A alongside titans New Zealand, Portugal and Russia.