Satelite TV is slowly getting cheaper after entry of competition into the market. Photo/Trusted Views

Pay-TV companies have been flooding their subscribers with discounts and special offers in the recent past.

These companies have been vigorously promoting their products probably because their customer base is reducing. ‘Unregulated’ competition is probably the reason behind the reduced rates in pay-TV.

Multichoice owned DSTV has been the dominant force in the industry mostly because of its sports shows. DSTV is highly rated because it broadcasts live sports event from across multiple Sports. This is why it is the most expensive of all Pay TV companies.

However, what happens if people find alternatives of watching live sports events? Well if Sports enthusiasts find a cheaper alternative to follow live sporting action, it is highly unlikely they will continue paying loads of money to DSTV.

DSTV is currently advertising that it has reduced its rates for all its packages with effect from September. Multichoice has been struggling to make ends meet due to the popularity of streaming alternatives that have eaten into its market.

Local telcos have cheaper Wi-Fi offers compared to Pay TV subscription fees. This has made many prefer setting up a Wi-Fi router at home and streaming any Sports event you might want to watch. Find a good connection and you might never pay your TV subscription again.

Multichoice’s DSTV is likely to be the most affected. It has dominated the market for years and has been giving its subscribers value for the money. It is only now that some previous DSTV subscribers have realised they can still access the same content at a cheaper price.

Local TV stations have also provided competition for DSTV. In highly rated sports events like the World Cup and the African Cup of Nations, DSTV is not the go-to option for a live broadcast. Local channels step in and show all the matches. These channels are accessed free of charge, you just have to own a Television set and an aerial.

These local channels are beginning to venture into other sports events apart from the usual ones (World Cup, AFCON etc). This season, NTV will be broadcasting the German Bundesliga and the UEFA Europa League. Sports enthusiasts with interests in these two events won’t have to subscribe to DSTV to watch live matches.

Of course, depends on the reason you were paying a TV subscription. However, no matter what your preferences are there is always a cheaper alternative. Movie lovers in the modern age enjoy hours of entertainment on online streaming sites like Netflix.

Multichoice is not the only pay-TV company that is suffering from the entrance of new players into the market. Econet’s Kwese Satelite TV could not keep up with the competition and had to be shut down early August.

Multichoice are being forced to reduce their prices by the competition that has only intensified in 2019. When you have the best product in the market and charge expensively for it, you can only get away from it for so long. 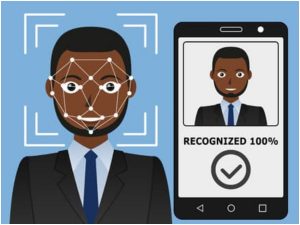