Facial payment technology could be the future, with China now adapting what seems to be the next frontier for cashless economy. [Photo/e-merchant.com]

The future, it seems, will feature a time when one will need clothes with no pockets, as cashless economy continues to become seamless by the minute.

It is this kind of future, with no credit cards, no hard cash and, with no need for mobile money payment, no smartphones that China is hinting at with facial payment.

The face, not the amount of wealth one carries around with them in any representative form, is becoming of value to shoppers who only need to look and buy.

According to a report by international news agency AFP, a new facial payment technology is allowing shoppers in China to make a purchase by simply posing in front of point-of-sale (POS) machines. These machines are fitted with cameras that refer to images linked within a digital payment system or a bank account.

With China being heavy investors in Africa, and having especially assisted in the development of infrastructure such as the Standard Gauge Railway (SGR) in Kenya, perhaps the system may land on the continent.

The technology, according to AFP, is being rolled out across China and “could make even QR codes seem old-fashioned.”

“I don’t even have to bring a mobile phone with me, I can go out and do shopping without taking anything,” AFP quotes Bo Hu, chief information officer of Wedome bakery, which uses facial payment machines across hundreds of stores.

The software behind the tech, however, is supposedly already widely used in China to track and monitor citizens, especially dissidents. AFP said the facial recognition system has been credited with catching jaywalkers and criminals within the Asian country.

Its implementation in Africa could therefore raise eyebrows as questions arise over some governments on the continent that seek to quell dissident and monitor citizens.

Unlike Europe which has General Data Protection Regulations (GDPR), most of Africa is years away from implementing data protection laws.

Leveraging on Mobile Money Payment Systems Such as M-Pesa

The same circumstance exists in Kenya which, although there being a draft of the legislation, the potential law rarely seems to feature among the priorities of parliamentarians. As such, with the experience of Cambridge Analytica, it would seem a bit dangerous to also adopt the system.

However, the system would make sense in a country such as Kenya, where like China, features an advanced and popular mobile payment infrastructure.

With services such as M-Pesa, digital payment modules have allowed for financial inclusion. M-Pesa, which is operated by giant telco Safaricom but is owned by UK based Vodafone, has become a large money maker for the company.

In turn, services such as M-Pesa, and similar digital payment services across the continent, could be the anchor for the development of a facial payment system in African countries in future. 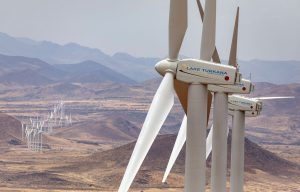