The World Health Organization (WHO) has intercepted fake antibiotics being sold in the country warning locals to be vigilant.

The medical alert on counterfeit Augmentin drug which could be doing more harm to the body’s systems was seized in Kenya and Uganda.

Augmentin, a combination of amoxicillin and clavulanic acid, is a broad-spectrum of antibiotic used to treat bacterial infections and is listed among WHO’s Essential Medicines.

WHO has warned that the counterfeit Augmentin drugs in batch No 786627 showing the manufacture date as August 2016, allegedly expiring in August 2019 should not be consumed.

“The packaging of the falsified product appears to be a close imitation of the genuine product manufactured by GSK (GlaxoSmithKline),” WHO said in a statement. The fake antibiotics did not have the stated active ingredient after a test in the quality assurance laboratory.

The manufacturer of the antibiotic GlaxoSmithKline has disowned the falsified version medicines.

WHO has urged anyone who has used the counterfeit drugs and experiencing some side effects to seek medical attention and report to the authorities.

“If you have taken this falsified medical product, or if you suffer an adverse event or an unexpected lack of efficacy, please seek immediate advice from a qualified healthcare professional, and ensure they report the incident to your Ministry of Health,” WHO warned.

According to WHO, the falsified drugs were found through routine post-marketing surveillance that tests the quality of medical products in the outlets.

This is a second WHO Medical Alert issued on the same drug in Africa. The first issued alert on the circulation of counterfeit antibiotics was done in Cameroon on March 2.

On Wednesday, the Ministry of Health through the Pharmacy and Poisons Board (PPB) acknowledged that it was aware of the warning issued by WHO.

“Pharmacy and Poisons Board would like to notify the general public of the following falsified Augmentin tablets circulating in Kenya and Uganda as per the WHO alert No. 9/2019,” said Dr F M Siyoi, the board’s chief executive officer.

He urged the public to remain vigilant and report to the board in case they come across any of the counterfeit Augmentin.

“The board wishes to reassure the public of its commitment to safeguarding the health of the public by ensuring only safe, quality and efficacious medical products and health technologies are available in the market,” said Siyoi.

WHO called for increased vigilance within the supply chains of countries likely to be affected by the falsified medical product. 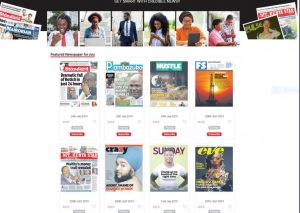