Vodacom Tanzania and Smartlab announced on September 11 that the two firms have partnered to launch the “Vodacom Digital Accelerator” in the East African Country.

According to a statement, the Vodacom Digital Accelerator program will target early-stage and growth-stage technology startups in a bid to make them become profitable and revenue generating business.

The program is set to run yearly and will identify and target Tanzanian startup entrepreneurs in mobile, telecom, fintech, media, health, education, and e-commerce. It will have three phases which include application, selection and acceleration.

Vodacom Tanzania Plc’s Managing Director Hisham Hendi said the partnership was a move towards providing opportunities to startup businesses via technological paths which will result into workable business models, benefitting communities. The program especially targets scores of youth across Tanzania.

“Vodacom always aims to create impactful sustainable change in the society where we operate in line with our strategic business focus and, the Vodacom Accelerator aims to do just that,” he said.

Hendi added, “Digital technology is not only changing the way we do business in Africa but also revolutionizing the way we perceive and solve issues of development.”

SmartCodes chief executive Edwin Bruno said that the innovation community has mushroomed in Tanzania from just a handful of hubs in 2011 to more than 45 in 2019. “We look forward to a tech-evolved-future for Tanzania that is full of disruptive solutions which will positively impact the coming generations.”

Vodacom Tanzania is affiliated to Vodacom, which is owned by UK based telco Vodafone, which has a 70% stake in the Tanzania mobile phone operator.

For Kenya’s Safaricom, which is the most profitable company in the East African region, Vodacom owns 35% while Vodafone is a 5% shareholder.

Together with Vodacom, Safaricom is mulling making the successful mobile phone transfer service, M-Pesa, African owned. Currently, the service which contributes heavily to the profits of Safaricom, is owned by Vodafone. 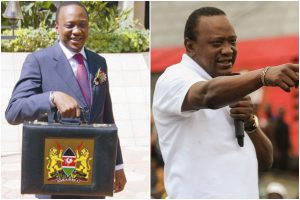