The change that has occurred in the gospel industry has brought about contrasting opinions from different artists.

The faces that run the industry change by the day with new artists bringing in new styles every day. Gone are the days when Emmy Kosgei and Daddy Owen were the faces of the gospel industry. In recent years, Bahati versus Willy Paul antics has taken over the industry drawing a fine line between the genre to secular.

Today, the gospel industry has become a genre just like any other. Gengetone artists are releasing gospel songs then going back to Gengetone in a flash. Many have criticized the gospel artists for doing collabos with secular artists but who really is to blame?

Business Today caught up with a veteran gospel artist Mbuvi who has been in the industry for over a decade. Mbuvi is famous for his Kamba hit song ‘Kwata Kawaya‘ which is still considered a hit by many Kenyans.

Mbuvi is one of the artists who were affected by the digital era. He has never stopped doing music ever since he started. In 2019, he released 8 singles but just finding it difficult to breakthrough online. It is the likes of Willy Paul, Bahati, Hope Kid and the rest who have found the breakthrough hence considered the automatic face of gospel in Kenya.

“The difference is that people don’t realize that they no longer watch TV. A lot of my music plays on TV so not very many people see it. Going online you would have to intentionally search for my music before you get to see it,” Mbuvi told a Business Today reporter.

Mbuvi has five albums under his belt and is always working on new music. Speaking shortly after releasing his latest single, Lulundutu, Mbuvi said he draws inspiration from anything and is always looking for ideas of new songs.

Also, read: Poor Friends Will Prevent You From Achieving Your Dreams

The gospel singer gave an example of his latest single whose inspiration he got from working with Ahadi Kenya. Mbuvi noted that Lulundutu means jiggers in both Kikuyu and Kamba and he thought it goes well with the campaigns Ahadi Kenya run.

“I did the song because I was inspired by the work Ahadi Kenya was doing. If they want to use it for their campaigns they are welcome to do so because I like the initiative,” Mbuvi remarked.

From the time Mbuvi’s Kwata Kawaya was leading the charts in the gospel industry to now, a lot has changed. Today secular artists and gospel artists do collabos among each other freely as an attempt to merge the two industries.

“Kenya is a God-fearing state. Once in a while everyone, even a secular artist, will wake up one day and want to thank God in a song. This could be what is happening,” noted Mbuvi.

However, Mbuvi clarified that he would not do a collabo with any secular artist unless he is convinced that their intentions are pure. The Kwata Kawaya hitmaker was sure to note that the gospel industry is all about the ministry and not the money.

“Growth in the gospel industry is defined by the number of souls brought to Christ and not by the money the artist makes,” he said, “I would not call these collabos growth really. It is the industry that is growing and not the industry.”

Mbuvi has been in the industry for over a decade and promises to be in the scene longer. He is always working on a project or another. 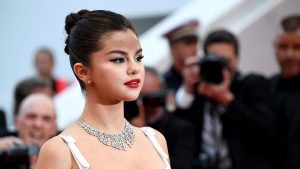 American Star, Selena Gomez, Challenges Uhuru Kenyatta to Keep His Promise
Kenya’s government says it is committed to ensuring that no…