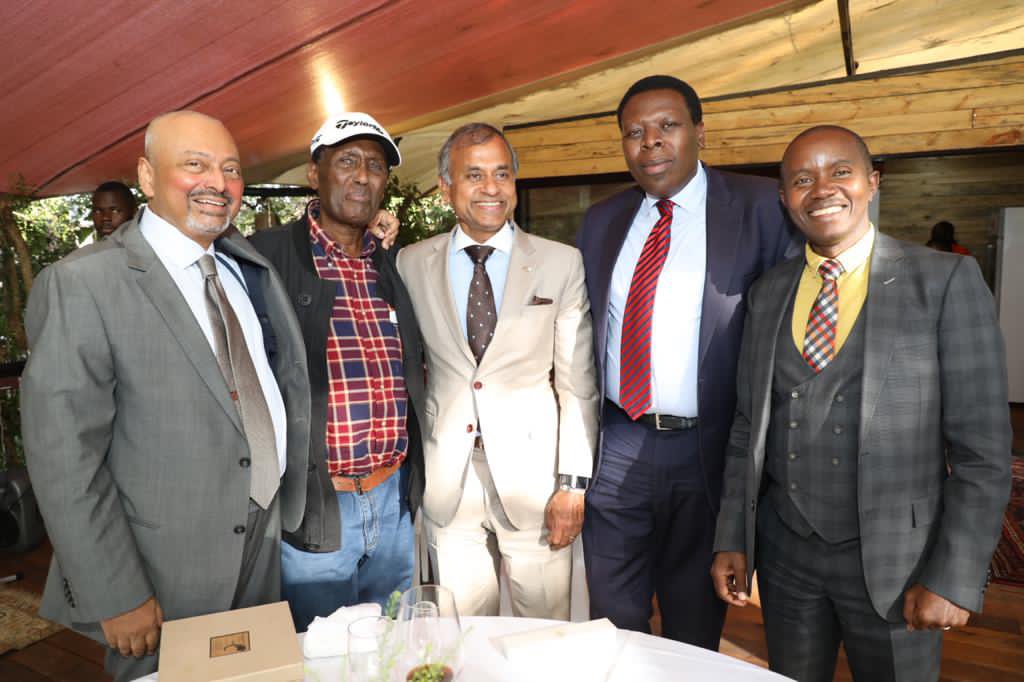 Siddharth Chatterjee (centre) with businessmen and government officials during a farewell party hosted for him. Chatterjee has been appointed UN China Resident Coordinator.

The UN confirmed the appointment in a statement issued on Tuesday, December 15. Chatterjee will take up his new role in China on January 16, 2021.

The UN noted that, as China Resident Coordinator, Chatterjee would support the Chinese government to achieve the Sustainable Development Goals (SDGs) and tackle the Covid-19 pandemic.

Chatterjee has been the UN Kenya Resident Coordinator since August 2016.

The powerful role tasked him with coordination of the activities of 27 different UN agencies in the country.

He also worked to ensure that the United Nations Development Assistance Framework was aligned with the government’s strategic priorities.

The decorated soldier turned diplomat noted that he enjoyed his stay in Kenya even as he looked forward to his new mission.

“I am deeply honored Antonio Gutteres has selected me as his Resident Coordinator to China and the Government of China’s acceptance.

“I look forward to working with the UN country team to accelerate the SDGs & advancing South-South Cooperation in partnership with China,” he stated,

Chatterjee further stated that he was excited to learn more about China’s history and rich culture.

In this period, he worked to reduce maternal deaths in the country and to end child marriage, Female Genital Mutilation (FGM) and violence towards women and girls.

He has held several other leadership within the UN structure in countries including Denmark, Indonesia, Somalia, South Sudan and Sudan.

Before joining the United Nations in 1997, Chatterjee was a commissioned officer in the Indian Army.

He is the holder of a bachelor’s degree from the National Defence Academy in India and a masters degree in public policy from Princeton University in the United States.