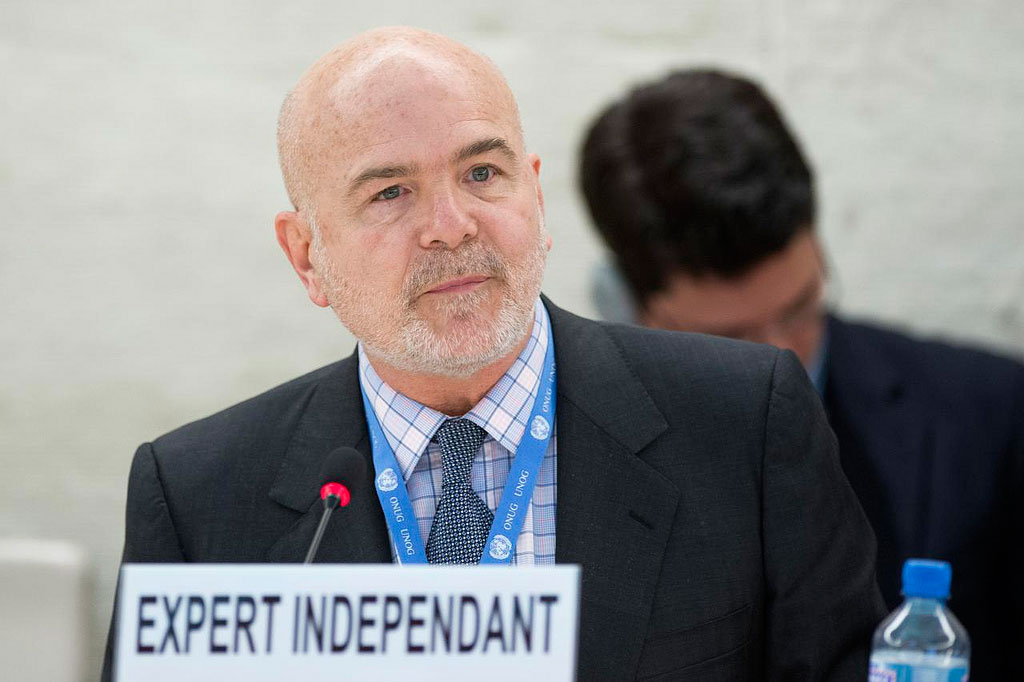 Voicing concern over restrictions on protests as well as attacks on judiciary and civil society in the run-up to presidential elections in Kenya, a group of United Nations independent human rights experts called on the Government to honour its obligations and protect the rights of Kenyans.

“It is precisely when political tensions are high that governments should do their utmost to let people express their grievances and to protect their rights,” said the experts in a news release issued by the Office of the UN High Commissioner for Human Rights (OHCHR).

“Kenya is facing a choice. We urge it to choose to uphold its constitution and pursue strengthening of its democracy, to avoid deepening political divisions and exacerbating tensions.”

According to the human rights experts, a pattern of police brutality, excessive use of force, consistent harassment of judges and threats to civil society has been witnessed even before the ban was imposed.

Under the restrictions, protests are forbidden in parts of the nation’s three largest cities – Nairobi, Mombasa and Kisumu – until further notice, protests in other parts of the country require prior police permission and organisers can be held criminally liable for any offence by any participant.

In the news release, experts noted that while some previous protests had been marred by violent incidents, they stressed that response to any violence must be proportional to the level of threat and that security forces must prioritize dialogue and non-violent means.

The presidential elections are to be held on 26 October.

The rights experts also said that there was currently an alleged climate of impunity for law enforcement officers despite the launching of several investigations, including one into the violence that followed the 8 August general election, when dozens of people were killed and many injured as a result of police action.

In particular, they highlighted an incident on 28 September, when 27 students and staff at the University of Nairobi were reportedly injured when police used tear gas, beat them with wooden clubs, robbed them and threatened them with sexual violence.

A few days later, on 2 October, police reportedly used tear gas in a nursery in Nyalenda (a suburb of Kisumu) injuring at least three children.

“We call for a prompt, independent and thorough investigation into all allegations of police brutality,” the experts said, adding: “impunity fosters a culture of violence and mistrust, the opposite of what Kenya needs as it prepares for a repeat of the presidential elections.”

Further in the release, the experts expressed serious concern over reports of repeated attacks against individual judges and the judiciary in general and attempts to limit the courts’ role in hearing election-related petitions.

“Robust checks and balances are the prerogative of every democracy,” they said, stressing that the independence of the judiciary must be protected.

They also underscored that the role of the civil society must also be preserved and denounced fake information being circulated online on social media, seeking to denigrate human rights organizations, including members of the Kura Yangu Sauti Yangu initiative which works for free and fair elections.

“This is unacceptable and must immediately stop,” the experts said. “Over the years, we have repeatedly raised concerns with the Government of Kenya about shrinking civil society space and attacks on individual human rights defenders.”

Special Rapporteurs and independent experts are appointed by the Geneva-based UN Human Rights Council – the highest intergovernmental forum in the UN system on rights issues – to examine and report back on a specific human rights theme or a country situation. The positions are honorary and the experts are not UN staff, nor are they paid for their work.