On Ukrainian TV, Volodymyr Zelenskiy plays an ordinary school teacher who becomes president in a comedy show titled Servant of the People. Now, the comic is on the brink of becoming president in real life.

According to international media reports, Zelenskiy took a commanding lead in exit polls released early Monday, meaning he could find himself part of the elections that will see him rise from TV star to head of state.

The Ukraine elections are not expected to declare a clear winner during the first round, so a second round could be in the offing. But Zelenskiy’s exit poll lead means he could be one of the two names on the ballot for the next round.

It will be an impressive feat for a comedian with little political experience, especially as his next closest challengers are the incumbent president of the Ukraine and a former prime minister.

With 20% of the polls counted, the Ukraine TV star is at 30%, above President Petro Poroshenko (17%) and former PM YuliaTymoshenko (13%). Both of Zelenskiy’s closest challengers have sought to discredit the exit poll.

According to The Guardian, Poroshenko told supporters in Kyiv that he understood from the polls that Ukrainians were frustrated but called on them not to support Zelenskiy as he was a puppet of business oligarch Ihor Kolomoyskyi.

Kolomoyskyi, a billionaire who is on the top three richest people in Ukraine and among the top 2000 in the world as per Forbes, is a known business associate of the Servant of the People star.

Tymoshenko, who is running on a campaign of anti-corruption, released exit polls that showed her as finishing second, although said the election results had been manipulated and that supporters needed to fight against voter fraud.

“I call not to accept exit polls as the final truth… I ask you to go to the polling stations and defend the result down to the last one … Fighting for each protocol,” the Guardian quoted her as saying.

The final election results will be released on Monday.

Ukraine has endured periods of political turmoil and in 2014 ousted then president Viktor Yanukovych after three months of public protests.

Yanukovych , who is in exile in Russia, was convicted of treason in January. 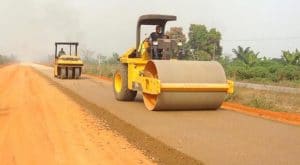