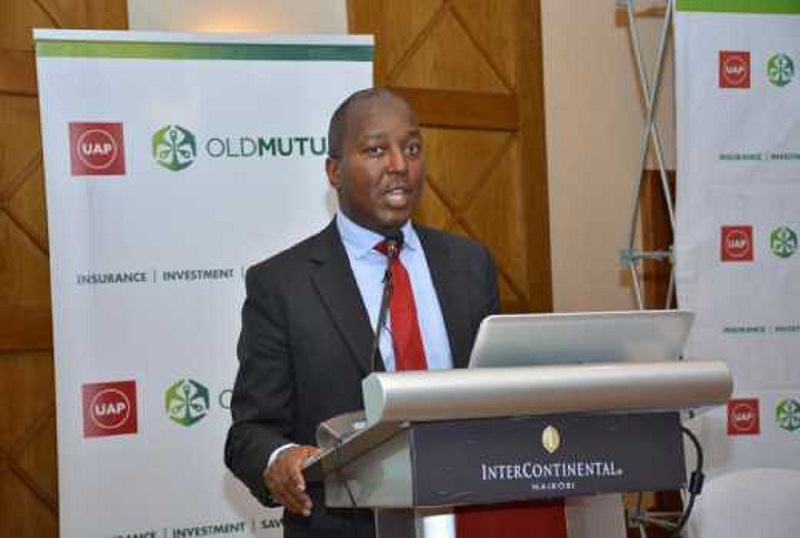 UAP Holdings Limited has reported a 46.5% increase in profit after tax  of Ksh 1.21 billion.

Speaking during the presentation at a Nairobi hotel on Wednesday, Group Chief Executive Officer Peter Mwangi said that the adverse weather increased inflation rates and contributed to restrained economic growth.

“The business registered a marked improvement despite operating in a challenging environment in Kenya and the wider East Africa region,” said Mwangi.

Mwangi also said that the increase in profit after tax was due to a combination of improved underwriting and solid investment returns.

Group Chief Financial Officer Joe Mutugu said that the reversal of two consecutive years of bear markets at the Nairobi Security Exchange (NSE) had a notable impact on investment income.

“Stable returns from fixed income and an increase in rental income from the property portfolio resulted in a 27.9% growth in investment income for FY 2017,” said Mutugu

Mutugu, however, said that that the financial performance was resilient with controlled revenue growth complementing improved underwriting manifest in a 4.5% decrease in net claims payable.

He further noted that the operating expenses grew by 8.2%, which compares favourably to Kenya’s average inflation rate of 8.02%  in fiscal year 2017.

The CEO noted that the group undertook various measures to realise cost savings including a restructuring exercise that was completed in March 2017.

He also explained that the regional businesses continued to strengthen their performance and enable the group to diversify across East Africa.

The UAPHL Board of Directors has proposed a dividend of Ksh 1.7 per share, subject to approval by shareholders.