Donald Trump is now the third United States president to be impeached after the Democratic-led House of Representatives voted largely along party lines to impeach him.

However, no president has ever been removed from office via the impeachment process. Will Trump become the first or another president will come to set that record in the future? The landmark votes on Wednesday set up a likely January trial in the Republican-controlled Senate which will determine Trump’s fate.

Trump has been impeached on charges that he abused his power in office and obstructed Congress during the impeachment investigation.

The Democrats were accusing Trump of pressuring Ukraine to open an investigation into the president’s political rival and former vice president, Joe Biden who is a 2020 Democratic presidential candidate.

They also charge that the president obstructed their investigation by refusing to comply with subpoenas and directing members of his administration to do the same.

The US Senate will now receive the articles of impeachment and then have Senators consider evidence, hear witnesses and vote to acquit or convict the president. The chief justice of the US Supreme Court presides over the trial.

A two-thirds majority vote is required in the 100-member Senate to convict and remove a president from office. A conviction appears unlikely in the case of Trump. He is a Republican and his party is highly represented in the Senate.

Once the Senate receives the articles of impeachment, a trial can begin. Senate Democrats have proposed a trial plan that would see proceedings begin on January 6. Presentations by House managers, who would effectively work as prosecutors, would begin on January 9 under this plan. It is unlikely that Senate Republicans would agree to the Democrats’ exact proposal.

What Happens if Trump is Removed From Office?

In the unlikely event that the Senate convicts and removes Trump from office, Vice President Mike Pence would become president and complete Trump’s term, which ends on January 20, 2021. 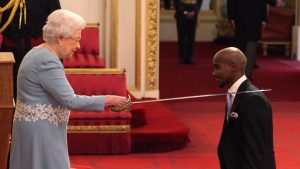 Is This Man The Only Kenyan Knighted by Queen Elizabeth?
Being the son of a collaborator, Njonjo was far removed…