Kiambu Governor Ferdinand Waititu has been impeached after Members of the Kiambu County Assembly voted to oust the controversial governor.

On Wednesday, Kiambu MCAs vowed to continue with a motion to remove him over various irregularities including claims of his companies doing business with the county government. A total of 63 MCAs cast a vote of no confidence to oust Waititu from office.

Kinuthia had earlier said that there has been a lack of accountability in the management of county resources. The Ndenderu MCA said the county had incurred unsustainable debts and other pending obligations to the tune of Sh4 billion.

“These pending obligations were never disclosed in the County Fiscal Strategy Paper, 2019, thus violating Articles 201 (e) of the Constitution and Section 107 (2) (e) of the Public Finance Management Act,” he said in the motion seeking Waititu’s impeachment.

This, he said, placed Kiambu in a highly precarious financial position as it may lead to protracted and costly court battles with creditors and eventual auctioning of county assets.

According to the MCA, there has been a diversion of funds intended for use by the assembly to unplanned projects, with the result being systematic crippling of assembly operations which compromised the independence of the House.

“There was failure to adhere to the stipulated dictates of the law in awarding Sh2.1 billion road tarmacking contracts against an approved total Roads, Transport, Public Works and Utilities budget of Sh1.4 billion in the financial year 2018/2019,” Kinuthia said.

Waititu has also been accused of exhibiting gross misconduct by illegally using the powers of the County Public Service Board and, in effect, directly hiring staff on a casual basis as directors and assistant directors, as well as sub-county administrators and ward administrators.

Separately, a section of MCAs have approached the Supreme Court seeking an advisory opinion whether terms of bail can be imposed that are tantamount to suspending a governor by way of denying him access to office.

They are aggrieved that by a court order dated July 30, Mr Waititu was barred from setting foot in any Kiambu County office, including his office as governor, or even performing functions of that office pending the determination of his trial before the anti-corruption court. 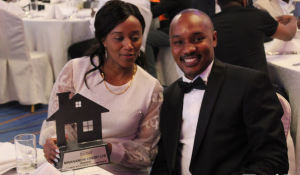