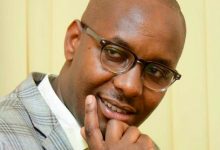 Mwaniki Munuhe is among the top casualties.

The Standard Group News Editor (Weekend Editions) Mwaniki Munuhe is among the top casualties of the media house’s retrenchment exercise, which formally kicked off today (Monday).

Other casualties of the retrenchment are weekend sub-editor Maureen Odira and reporter Lonah Kibet.

Waga, Biketi and Munuhe’s exit is, however, the most dramatic as it has further depleted manpower for the weekend editions, which is already suffering from the abolition of the investigations desk.

Sources at the Mombasa Road-based media house intimated to Business Today that Munuhe’s retrenchment was proposed by Editorial Director Joseph Odindo, a move that other Managing Editors protested against during a meeting held last week.

“Each ME (Managing Editor) was asked to bring a list of those who should be let go. Odindo came with a list and only Munuhe’s name was on it. Other editors, especially (Kipkoech) Tanui, (John) Bundotich, Alex Ndegwa and (Andrew) Kipkemboi protested saying he was a key pillar for the weekend but Odindo stood his ground without giving any justification,” said our source.

He added that while those affected were counselled today (Monday), Munuhe was not present as he had proceeded on leave late last month and was expected to resume next month. Letters had been issued to those affected last Friday.

Those familiar with the intrigues at the Standard Group believe he was targeted over a recent story that detailed how NASA lawyers allegedly met with Deputy Chief Justice Philemona Mwilu and Supreme Court Judge Isaac Lenaola during the hearing of a petition filed by Raila Odinga to challenge President Uhuru Kenyatta’s win in the August 8 election.

This despite the Standard Group standing by the story saying it was based on an affidavit filed with the Judicial Service Commission and was in public interest after Lenaola threatened to sue. The publication of the story is, however, said to have caused a major split in the media house’s editorial ranks with senior managers taking political positions.

Lenaola is said to have dropped the threat and the matter is being negotiated out of court.

Munuhe is also said to have ruffled feathers when he wrote a story on how a company associated with Raila played a role in the collapse of Kenya Airway’s cargo business.

Sources further say majority of the editors believe NASA was keen to bar him from taking over the weekend news desk because he is “too close to government.”