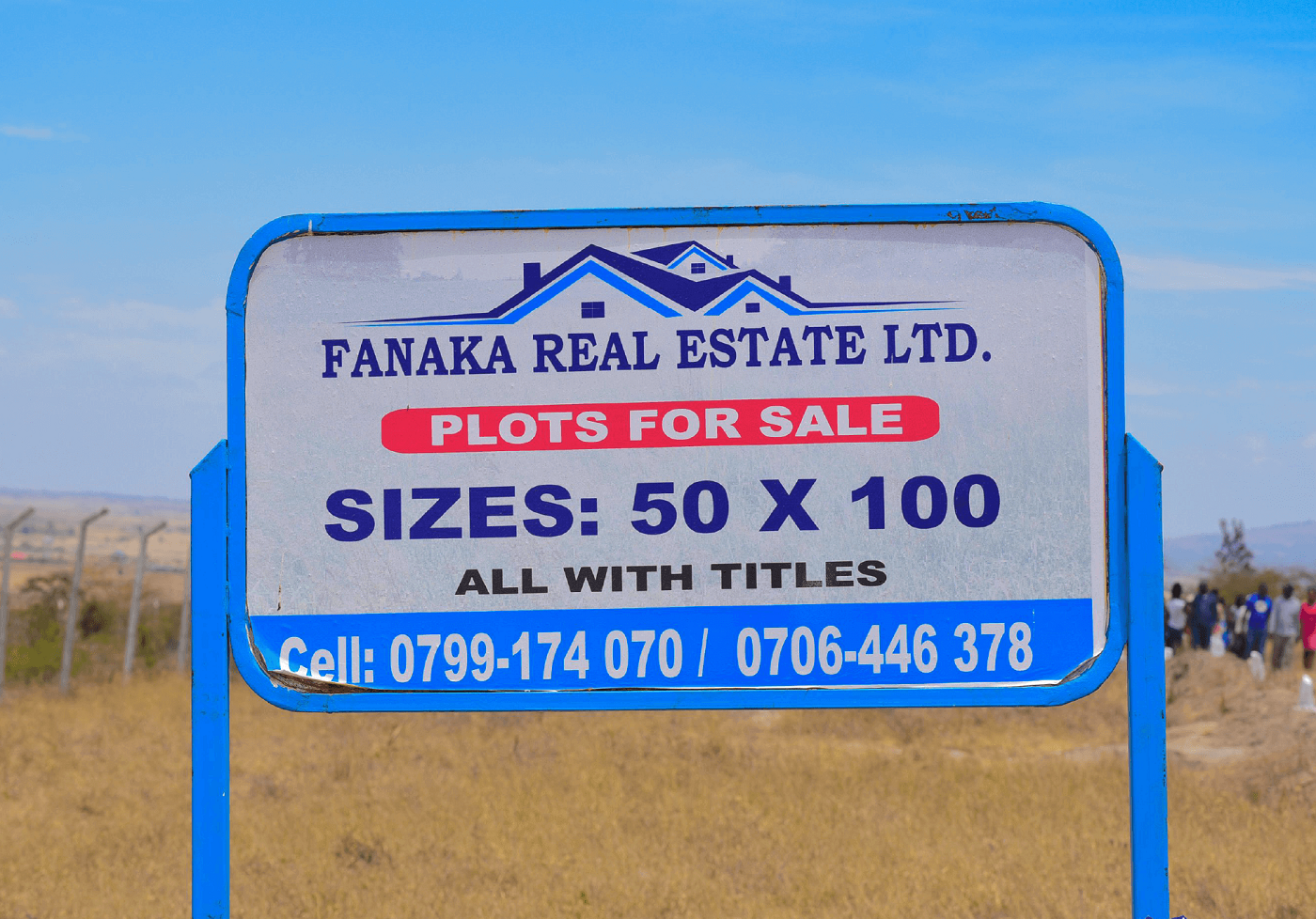 The plots are relatively cheap compared to other companies on Kangundo Road, and one can pay in installments for a year to own the land. [ Photo / Fanaka.co.ke ]

Having money in your accounts could be the biggest avenue to acquiring property in Kenya, but dealing with the wrong real estate company could be the genesis to losing your money. Even as the real estate industry becomes more lucrative, more players are joining in but not all are genuine; some, indeed, are just after quick money.

In recent years, people have been losing their money after the companies they invested in collapsed, and the owners disappeared. With that in mind, it is prudent to identify the best real estate company to invest with. We have sampled a list of the best five companies that you can invest with this year.

It is one of the fastest-growing companies in the country, dealing with property along Kangundo Road. One of the biggest advantages of Fanaka Real Estate is selling land with ready title deeds, hence you do not have to engage in double ‘hustle’ of buying land and looking for a title deed. You buy and own.

Also, the parcels of land sold by the company are at most 45 kilometres from Nairobi’s CDB, making it convenient for people intending to build homes or start businesses on the outskirts of the city. The locations – Joska, Kamulu and Malaa – have been many times termed as having super-potential in terms of development in the next five years.

The plots are relatively cheap as compared to other companies dealing with land along Kangundo Road, and one can pay within a year to own the land.

In terms of using technology, the company was last year ranked Best Mid Tier Land Company in the Use of Tech Solutions during the Third Digital Tech Excellence Awards. The company uses a system and an application to help clients know and track the progress of their installments and documentation.

The company, established in 1992, deals with high-end property in places like Enaki town (near Gigiri), Naisdai (near Lavington), Avana (Riara Road among others.

Apart from property, the company does market research and analyses current market affairs to guide investor. This makes it one of the best tools to make sure customers get value for their money, and that they do not invest in the wrong places.

Being in the market for close to three decades means it is well established, hence chances of losing your money in the company are minimal.

The category is won by companies that demonstrate excellence in the residential and commercial property space in emerging markets, hence gives an assurance that the company has been stable in the market.

Among the projects handled by the company include the Alma in Kiambu, Amara Ridge in Karen, The Ridge, RiverRun, Taraji Heights, Applewood and NewTown. The company says it is running property developments worth a total of Ksh82 billion.

With over 22 years in the market, the company carved a niche in both residential and commercial property. It has set itself as one of the market leaders.

Established in 1979, it is one of the best real estate companies in Kenya that you can bet on delivering in terms of residential and commercial property. The company deals with valuation/consultancy services,  property management  and agency (letting and sales).

Most of its properties are high end and could cost as much as Ksh300 million in markets such as Karen. The company also deals with office space and commercial buildings such as the Lonrho House on Standard Street in Nairobi CBD, currently selling at Ksh2 billion.

NEXT >> Most Important Investment to Make Before Your Turn 40

The 1,920 housing units project is being developed by Sycamore Pine Ltd in conjunction with Safaricom and Shelter Afrique.

The unique development is expected to serve the growing need for residential houses and narrow the deficit in the demand for housing Kenya.

The story that appeared in Smart Company pullout on 9th June was critical of Mahiga Homes for failing to complete its off-plan projects.

Many international buyers show interest in areas in London when looking at the UK, due to its global influence and tourism popularity.

The loss came despite the company reporting a 233% growth in gross revenue, adjusted for percentage of completion.