The Twitter account has been active since March 2022 and has lately been giving updates in favour of Azimio presidential candidate Raila Odinga. It uses the Twitter handle @Sk_Machariaa (note the double ‘a’ in the name) and describes the account owner as “DAD, PEACE LOVER, BUSINESSMAN” and a journalist based in Kenya.

The account, complete with S.K. Macharia’s photos, has attracted over 17,500 followers over the past five months and was following only 14 people by the time of writing this article.

On 10th August, as Kenyans began waiting for election results after voting, the account posted the tweet, “What is the pressure all about. I assure Kenyans that victory is by our side.”

The tweet went viral, receiving hundreds of retweets. By the time of publishing this article, it had been retweeted 1,182 times and attracted over 13,800 likes.  A screenshot of the tweet was also widely circulated on WhatsApp forums.

A similar message was shared on a Facebook page “Dr SK Macharia is My Hero”. The account’s ID is @DrSKMachara (note missing ‘i’ in the name). The Facebook page has over 15,500 followers.

A fact-check reveals that the accounts are not owned by SK Macharia, the proprietor of Royal Media Services. The company released a statement disowning the accounts and clarified that Samuel K. Macharia does not, in fact, have a Facebook or Twitter account.

“This is to inform the general public that Dr SK Macharia, Chairman of Royal Media Services, does not have any social media accounts on Facebook or Twitter or any other social media platforms. Kindly disregard any messages or requests received from these online fraudsters. Also do not open any messages or links coming from them,” it said through Twitter. 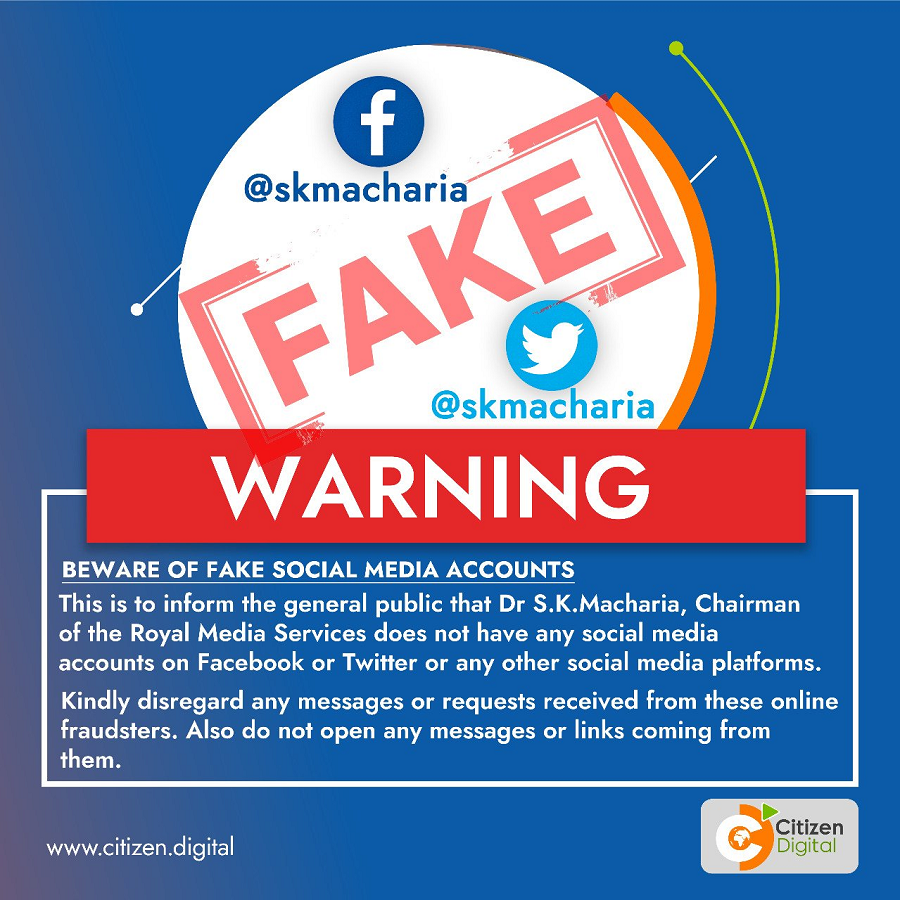 In December 2021, he endorsed Azimio presidential candidate Raila Odinga but explained that was a personal decision independent of his media house.

The Twitter and Facebook accounts, run by imposters, attracted interest due to their posts touching on elections.