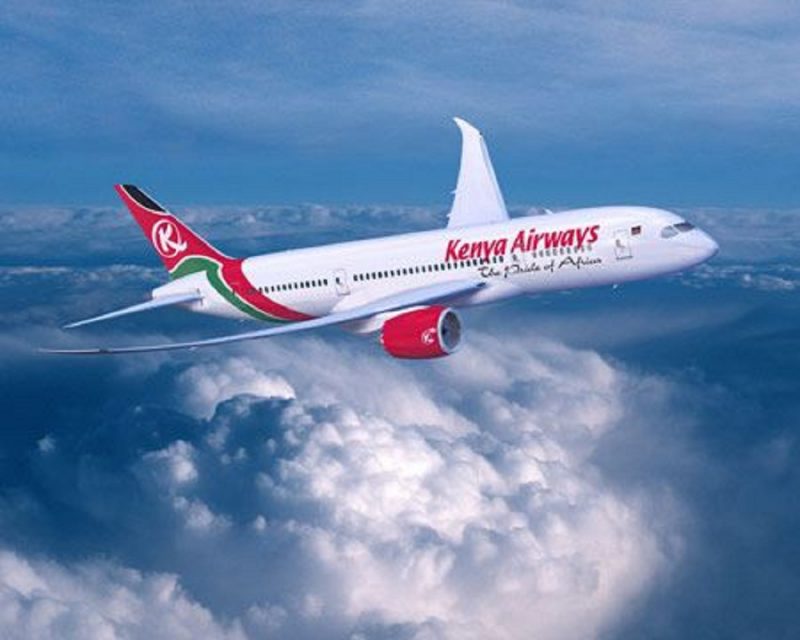 A Kenya Airways plane. Tanzania has lifted its ban on Kenyan flights.

Tanzania has rescinded its decision to ban Kenyan airlines from operating within its airspace following the resolution of a tiff that was first triggered by Nairobi’s initial decision to restrict passengers from Dodoma over COVID-19 fears.

In a statement issued on Wednesday, the Tanzania Civil Aviation Authority (TCAA) said it has lifted the suspension of all Kenyan operators including Kenya Airways, Fly 540 Limited, SafariLink Aviation, and AirKenya Express Limited.

The lifting of the ban smacks of a quid pro quo after Kenya included Tanzania in its “safe flights list” that outlines which countries passengers can fly from to Kenya without having to quarantine for 14 days upon touching down in Kenya.

“This is to confirm that the Government of the Republic of Kenya through a circular issued by the Kenya Civil Aviation Authority (KCAA) on September 15 removed the requirement of 14 days mandatory quarantine for all arriving passengers from the United Republic of Tanzania,” said the TCAA.

“The resumption and restoration of flights for all Kenyan operators is with immediate effect and the KCAA has been informed accordingly.”

On August 1, Kenya was forced to “clarify” its earlier decision not to include Tanzania in its “safe list” after the latter responded aggressively which formed the genesis of the feud.

Transport Cabinet Secretary James Macharia said that Tanzania was not barred from operating flights to Kenya but maintained that Tanzania had not been included in the safe list.

Kenya’s position encouraged Tanzania to continue playing hardball and it seems the tactic has worked.

Kenya has continued expanding its list of exemption from the 14-day quarantine rule and currently allows nationals from 147 countries to enter its borders on toned down restrictions.

The “safe list” was mooted to curb the possible importation of COVID-19 into the country.

Consequently, the end of the tiff will come as a huge relief for traders and domestic carriers who make constant trips or operate flights between the two countries.