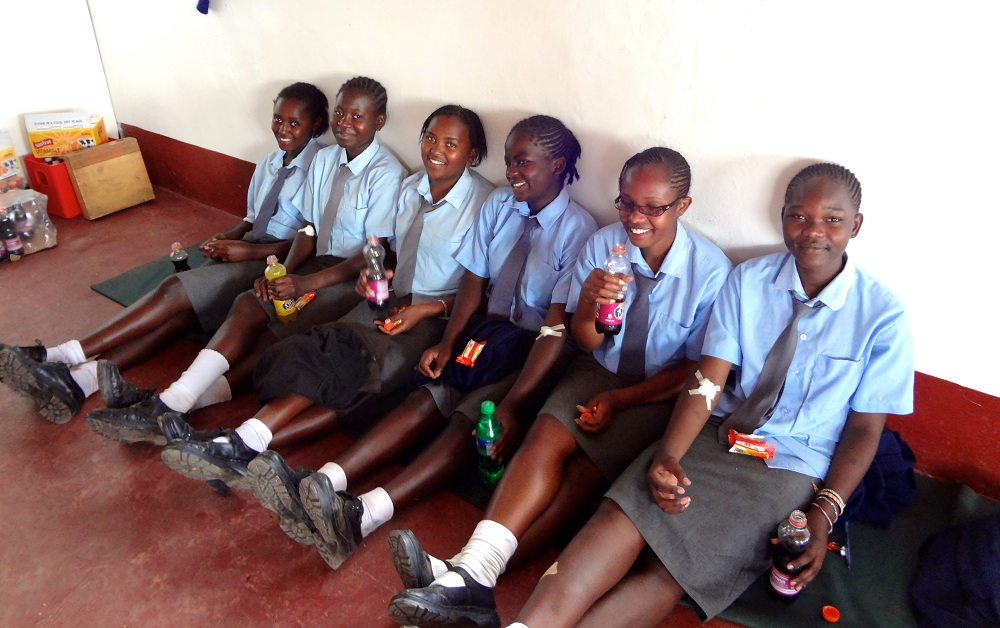 Students in secondary schools donated over 130,000 pints of blood for use in Kenyan hospitals in the year, according to the Deputy Director of Kenya National Blood Transfusion Service Josephine Githaiga.

Dr Githaiga said the donation constituted 80% of 170,000 pints of blood the service secured from Kenyans during blood donation campaign in the year.

She was speaking at the Ministry of Education headquarters at Jogoo House moments before handing over a Trophy to the Senior Deputy Secretary Janet Mucheru, in appreciation of the Ministry’s support for the organisation. Mrs. Mucheru received the trophy on behalf of Basic Education Principal Secretary, Dr Belio Kipsang.

She said the ministry gave the service tremendous support through the schools in discharging its  mandate which is to collect, test, and process and distribute blood and blood products to all transfusing hospitals in the country.

She said blood from students was safer from infections such as HIV, hepatitis B and syphilis.

Acting Director General Robert Masese said the blood donation created an opportunity for students to learn to give something precious to the community without being paid.

“It is more important if young people learn to donate and save a life as it helps mainstream them into patriotism for their nation,” Masese said.