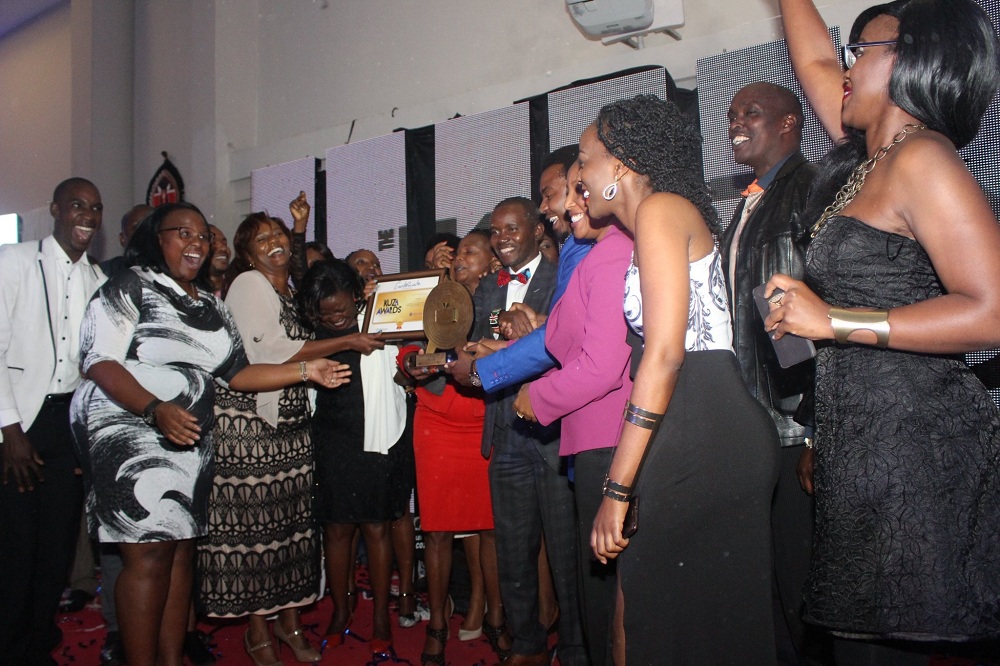 Royal Media Services and Standard Group dominated during this year’s Communication Authority of Kenya (CA) Kuza Awards during a gala ceremony held at Crowne Plaza in Nairobi on Wednesday night.

It also won the Objective and Impartiality in News and Current Affairs (TV Category) with KTN Home settling for the 1st Runners Up position followed by sister station, KTN News.

In the My Kenya Story Award, RMS was also voted the winner, KBC ( 1st Runners Up) and Standard Group (2nd Runners Up).

In the radio category, Citizen Radio won, among others, the Objective and Impartiality in News and Current Affairs Award but was beaten by Standard Group’s Radio Maisha to the People’s Choice Award.

The results were based on the votes of four million Kenyans who took part in the exercise between April 9 and May 9 this year.

The Kuza awards that were launched last year are part of CAK’s strategy to push broadcasters to strive for quality services and compliance with regulatory standards.

“This award aims at motivating broadcasters to devote their energies and resources to offer quality services to the consumer, considering the strong influence broadcasting exerts to society on language, culture, morals, values, and our worldview,’’ CAK Director General Francis Wangusi said.

Speaking during the fete, ICT Cabinet Secretary Joe Mucheru defended the new laws to fight cybercrime, saying that they will not be abused.

He instead reiterated that the new law is there to bar cyberbullies and discourage people from posting fake news.

Mucheru noted that the media industry had grown despite disruptions caused by technological innovations.

“Through digital migration, Kenya now has 62 TV stations. This has increased competition and given consumers choice for content,” said Mucheru.

“The local industry has also given us a chance to grow. Creativity, diversification will be the ideal thing if you want to remain in competition.”

At the same time, Wangusi said that the media had grown while attracting fewer legal issues as compared with yester years.

He said: “You have lived to the promise of your ethics.  We are moving from being a police man to play a collaborative role.”

Here is the full list of winners in the various categories.

Objective and Impartiality in News and Current Affairs (TV Category)

Objective and Impartiality in News and Current Affairs (Radio Category)