A doctor injecting a patient [Photo/Freepik.com]

A new sensory organ that is able to detect painful mechanical damage such as pierce and impacts has been discovered by scientists at Karolinska Institutet, Sweden.

The researchers revealed that the new sensory organ named the nociceptive glio-neural complex is made up of a network of glial cells that form a mesh-like structure between the skin’s inner and outer layers. Glial cells protect and support the body’s nerve cells. The discovery has been published in the journal Science.

The organ is sensitive to hazardous environmental irritation.

The study describes how the new pain-sensitive organ looks like, how it is organized together with pain-sensitive nerves in the skin and how activation of the organ results to electrical impulses in the nervous system that lead to reflex reactions as the experience of pain.

The cells that make up the organ are highly sensitive to mechanical stimuli, which explain how they can participate in the detection of painful pinpricks and pressure. In experiments, the researchers also blocked the organ and saw a resultant decreased ability to feel mechanical pain.

“Our study shows that sensitivity to pain does not occur only in the skin’s nerve fibers, but also in this recently-discovered pain-sensitive organ. The discovery changes our understanding of the cellular mechanisms of physical sensation, and it may be of significance in the understanding of chronic pain,” says Patrik Ernfors, professor at Karolinska Institutet.

Almost one person in every five experiences constant pain and there is a considerable need to find new painkilling drugs. However, sensitivity to pain is also required for survival and it has a protective function. It prompts reflex reactions that prevent damage to tissue, such as pulling your hand away when you feel a jab from a sharp object or when you burn yourself. Pain causes suffering and results in substantial costs for society.

During their study, researchers used mice genetically engineered so that only specific glial cells could be triggered by light. When exposed to light stimulus, the mice showed signs of pain without having their nerves and other pain sensors stimulated.

Researchers then genetically blocked the glial cells in the newly-discovered organ. The mice had reduced sensitivity to mechanical pain triggers, though they still sense thermal pain at the same rate. 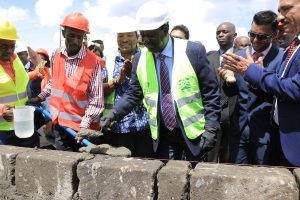