Safaricom has welcomed the potential merger between Airtel Kenya and Telkom Kenya saying it would be good for the telecommunications industry.

Safaricom CEO Bob Collymore told Reuters such as move would render a planned review of its standing in the sector by the Communications Authority of Kenya obsolete.

“It is a good thing because what you create is an entity which has got at least 30% market share. There is a critical mass that any player needs to get to, to be operating sensibly,” he said.

CA is finalising a report on competition, which among other things seeks to control Safaricom’s ability to set its retail prices, curb its marketing expenditure and force it to share its extensive infrastructure with the other operators, to level the playing field.

“It will be obsolete. The conditions which you studied a few years ago are no longer relevant,” he said.

Airtel and Telkom commenced discussions on a potential takeover by Indian-based Bharti Airtel but both Telkom Kenya CEO Mugo Kibati and Information and Communications Technology Cabinet Secretary Joe Mucheru declined to reveal what progress had been achieved.

“It is common practice within the ICT industry to conduct exploratory conversations; to assess the market for areas of synergy, co-operation and partnership, with the intent of giving customers greater value and superior experience,” Kibati told a local newspaper.

“The two companies should be the ones to give information. All our discussion between businesses and government are between us. We have no authority as government to talk about what our discussions are all about,” said Mucheru on his part.

Sources indicated the deal is expected to be completed by the end of this quarter, according to sources.

Helios Investment Partners, an Africa-focused, London-based equity fund, owns 60% of Telkom Kenya, which it acquired from France’s Orange in 2016 but is planning to offload part of its stake to Bharti Airtel. The Government owns the other 40%.

Both Airtel Kenya, a subsidiary of Indian-based Bharti Airtel and Telkom Kenya have for long been seeking to have Safaricom declared a dominant player to no avail.

M/S Analysys Mason, which was tasked by the Communications Authority of Kenya to conduct a Telecommunications Competition Study, last year concluded that Safaricom enjoys an upper hand based on strong presumption of dominance based on market share of subscribers, volume and value confirmed by analysis of qualitative factors. It, among others, proposed a reduction of M-Pesa charges.

The report showed that apart from boasting of more subscribers, minutes and revenue, Safaricom also benefits from a very high share of on-net traffic, paying out less than Airtel.

It also recommended prohibition of on-net discounts and individually tailored loyalty schemes so as to reduce the barriers to entry for smaller players.

Its proposal to split Safaricom from M-Pesa, its most profitable unit, was flatly rejected by the government with ICT Cabinet Secretary Joe Mucheru saying it would have been tantamount to punishing success.

Safaricom, Airtel and Telkom have, however, since implemented M/S Analysys Mason’s proposal for mobile money interoperablity by agreeing to allow subscribers transfer cash without incurring any charges.

The sector has been difficult to manoeuvre for small players with Yu Mobile being forced to cease operations in 2014, selling off its assets and subscribers to its competitors, Airtel and Safaricom for around US$100 million from its parent company, the Indian group Essar.

Safaricom PLC boasts of 64.2% of the market share while Airtel Networks has 22.3% and Telkom Kenya 9.0%, according to latest statistics from Communications Authority of Kenya. 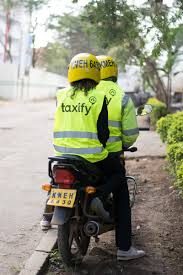