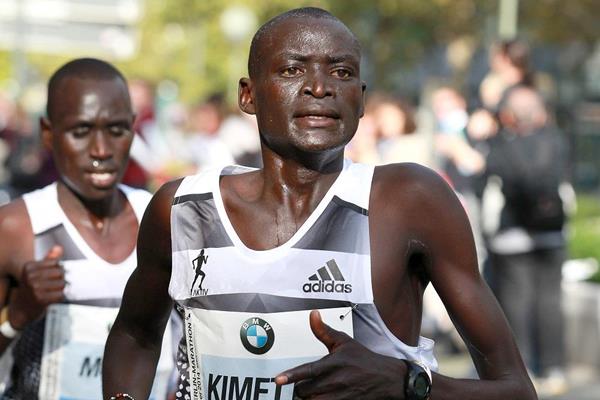 Safaricom and Vodafone Group are working to deliver industry-leading Internet of Things (IoT) technology to Kenyan athletes to help them break the two-hour marathon mark. The current marathon World Record is 2:02:57 set by leading Kenyan athlete Dennis Kimetto on September 28, 2014, at the Berlin Marathon. Safaricom and Vodafone are working with a group of specialist scientists, the world’s best marathon runners and other industry partners in a project called SUB2 (www.sub2hrs.com) to help break that record.

SUB2 aims to leave a legacy for athletics by demonstrating how science and technology can fairly help athletes improve their performance. SUB2 is led by Yannis Pitsiladis, who is a professor of Sport and Exercise Science at the University of Brighton and is a member of the International Olympic Committee’s Medical and Scientific Commission.

“At Safaricom, we continue to seek and explore new innovations around the latest technologies, with the goal of creating new opportunities for Kenyans. This application of IoT in athlete training in Iten and Eldoret will not only help Kenyan athletes improve their performance, it will also further refine and fine tune our IoT solution in readiness for nationwide deployment,” said Thibaud Rerolle, Director – Technology, Safaricom.

IoT technologies bring internet-connected network intelligence to a wide range of devices at work, home and on the move.

Working with partners, Vodafone engineers have now also enabled a series of body sensors to communicate with the SUB2 app over a mobile network:

RELATED: These athletes broke records, but money has run away from them

The technology, which was demonstrated at the Mobile World Congress in Barcelona, Spain, earlier this month, is currently in use at the Iten and Eldoret training grounds in Kenya. The technology has been deployed on a two kilometre stretch within the hilly Iten area, and a 16-kilometre stretch on the flat South Moiben route in Eldoret.

The sensors give coaches live access to real-time data as athletes train, helping them understand the root causes of injuries or performance degradation, and how these can be avoided. More than 100,000 attendees at Mobile World Congress had the opportunity to experience a demonstration of the technology relayed live over Safaricom’s 4G+ network from Iten and Eldoret.

In May 2017, Safaricom and a number of partners announced a Ksh200 million investment in the Technology Lab, where the company’s employees trial and test a number of emerging technologies including IoT. Since then, a number of IoT applications have commenced in the lab and on the network, with the company gearing for nationwide IoT deployment in coming months.

NEXT: Five investment tips that will give higher returns