Safaricom on Tuesday announced the introduction of sim cards with the 0110 and 0111 prefixes six months after perennial competitor Airtel became the first telco to roll out the new prefix numbers into the market.

Now Safaricom says the new sim cards will be available free of charge at all Safaricom shops and dealer outlets countrywide with customers only required to activate their lines with a top-up of Ksh50 airtime.

Safaricom has also rolled out a new numbering system that provides its customers with the freedom to choose their own number rather than pre-assigned mobile phone numbers.

“We continue to invest in additional enhancements and services to better meet the needs of our customers as they evolve and to also provide them with even more freedom and flexibility,” said Safaricom’s Chief Customer Officer, Sylvia Mulinge in a press dispatch.

The new prefixes were allocated by the Communications Authority of Kenya in April 2019 after the exhaustion of the 07XX prefixes.

With the unveiling of the new prefixes, Safaricom now has the capacity to add 2 million additional customers to its network. Currently, the service provider has over 34.5 million customers.

Safaricom is the market leader in the telecommunications industry with CA statistics showing that the company boasts of 64.9% of the market share ahead of Airtel’s 24.6% and Telkom’s 6.7% although the two latter firms had announced a merger before protesting conditions laid out by the regulator.

By virtue of being the market leader, Safaricom is likely to roll out more sim cards, the key question is whether they would be getting more subscribers.

Safaricom subscribers tend to have more than one sim card for various reasons one is to work around fuliza, the overdraft facility that deducts any amount due from deposits made on M-Pesa, the second reason is that Safaricom imposes a Ksh140,000 limit on M-Pesa transactions per day.

Other customers prefer to have multiple numbers to manage their social life i.e workplace, family and friends.

Telkom had not applied for the new prefix numbers in anticipation that the company would merge with Airtel. 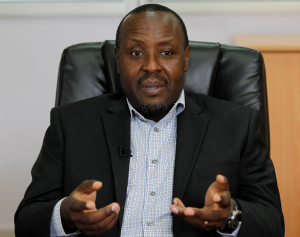