StarTimes Media has established strategic partnerships with various saccos in Kenya to offer their members an opportunity to acquire StarTimes digital TV sets in flexible installments.

In the partnership, the pay-television company will provide 24, 32, 43, 50 and 55-inch StarTimes digital television sets at between 8% and 10% discount from the normal retail price to all members of saccos which have signed the memorandum of understanding.

Speaking on the latest development, StarTimes Vice President Mr Hanson Wang noted the broadcaster was keen to ease the acquisition of the StarTimes digital TV devices for thousands of sacco members through discounted prices and flexible payment options.

“This is a very strategic partnership that we have set up with different saccos across the country key in driving access to our latest digital television devices,” Mr Hanson said. “Members from participating saccos will be enjoying discounted prices for the different television models while paying for the same in flexible installments.”

One of the key features that stand out for the StarTimes Digital TV is the ability to receive both satellite and terrestrial television signals using an inbuilt set-top box that enables the devices to decode digital signals. This saves users from the expense of acquiring an external set-top box and utilizes a single remote control to manage both the content and the television set.

StarTimes Digital TV is also designed to save up to 50% power, allowing subscribers to enjoy better viewing experience with less living costs. It also comes with full High Definition LED screen, Dolby audio system, wide voltage input, HDMI and USB ports that extend an array of options to the user.

StarTimes is looking to grow similar strategic partnerships with more saccos across the country. 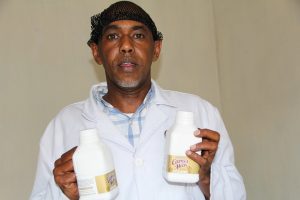