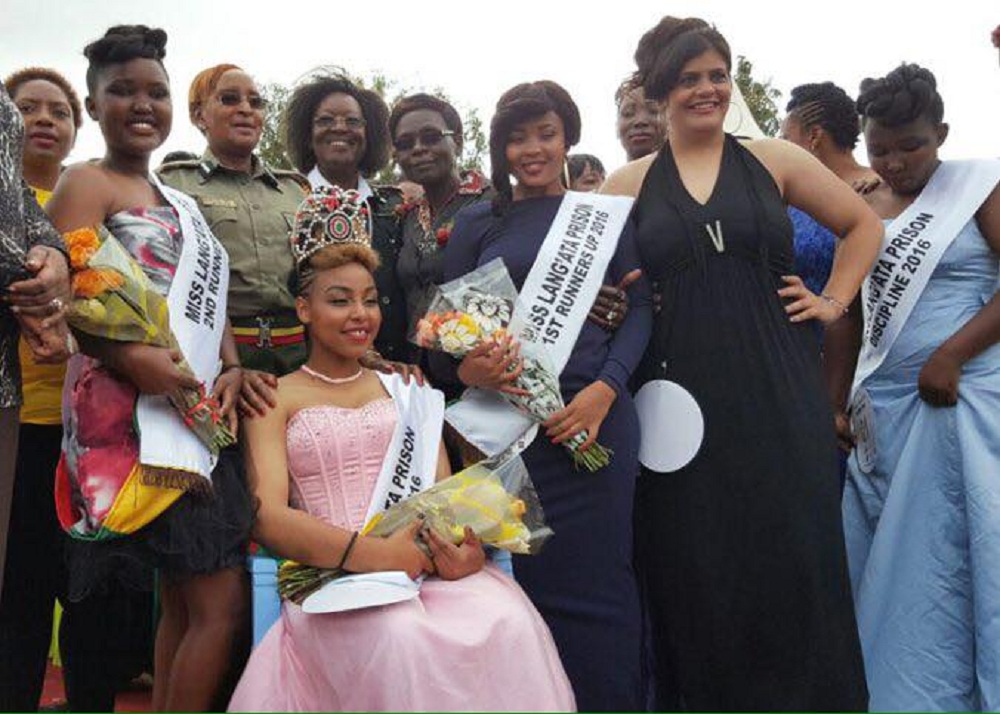 Lang’ata Women’s P****n remandee, Ruth Kamande, who s**t to fame after she allegedly k****d her 24-year-old boyfriend on September 20th 2015 at their house in Buru Buru, Nairobi, scored an A- in this year’s KCSE exams, whose results were released on Wednesday.

Ruth s*****d her boyfriend Fareed Ahmed 22 times following a quarrel over text messages on his phone. She has been remanded at Langata women p****n for the last two years.

According to Ghafla, Ms Kamande is among the 901 girls countrywide who scored a mean grade of A- minus. She excelled despite sitting for her exams at Langata women p****n.

Apart from being a p****n beauty, Ruth is also a trained paralegal and is also taking modelling lessons. She revealed that she decided to train as a paralegal to gain knowledge to help her in her case.

“In p****n, there are so many opportunities which comprise the reform programmes. So there is e*******n that is provided, formal e*******n, I do paralegal training which has helped me with my case which I’m still handling. They also give you an opportunity to explore your talents,” Ruth Kamande said in an interview with KTN in 2016.

In a recent interview with Business Today, she said wants to become an author one day and share her true story to the world, which she couldn’t share to us since the case is still ongoing. She has cultivated a reading culture, frequenting to the p****n’s library in order to build her writing project; writing her story.

“I want to write my story someday. My first story will be my life in p****n then the story of my whole life will follow,” a smiling Ruth told BT.

According to Olivia Onyango, the officer in charge of the p****n, inmares leave the place well equipped with money-making skills that will make them busy, hence c***e will be a thing of the past to them, including Kamande.

“They have formed a club, ‘C***e si poa’ (C***e is not good), which helps them leave the p****n reformed people with money-making skills to pick up their lives after this,” she said.